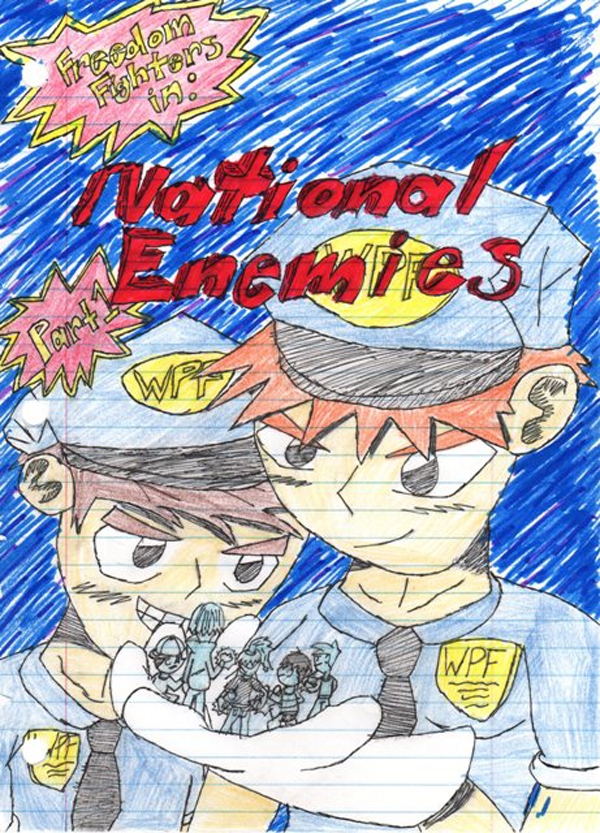 Freedom Fighters is a comic I started many years back which was inspired by Dragon Ball Z.  At first, the characters started off as doodles but later on they developed into anime style characters.  I haven't worked on it since 2009.
National Enemies kicks off the latest story arc which was started in 2006.  Notebook paper was the only kind of paper I drew on back then.