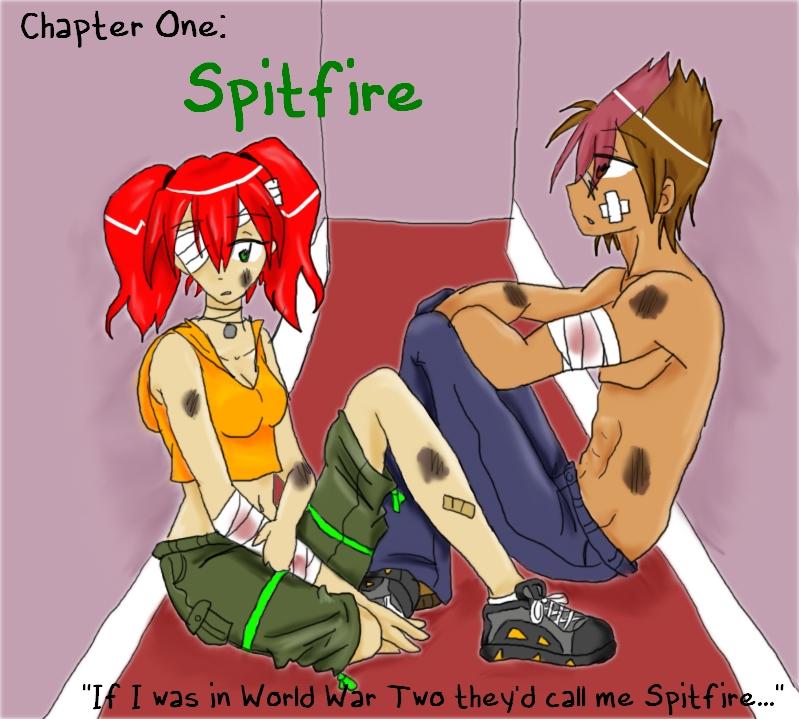 Pages coming soon. I wanna build up a buffer before I start posting. For now, look at the spiffy cover. XD

Used a reference from Corbis for the poses. The lyrics are from the Prodigy song, ‘Spitfire’. I have a habit of naming chapters after song titles, both with this an' BeauDis.

I'm gonna say now, this comic will contain yuri, het an' possibly yaoi. Not too sure how far it'll go, but it'll never be PARTICULARLY graphic. I just can't draw like that. ^^o Also action, comedy of obscure nature an' language. All an' all what you've come to expect from me. XD