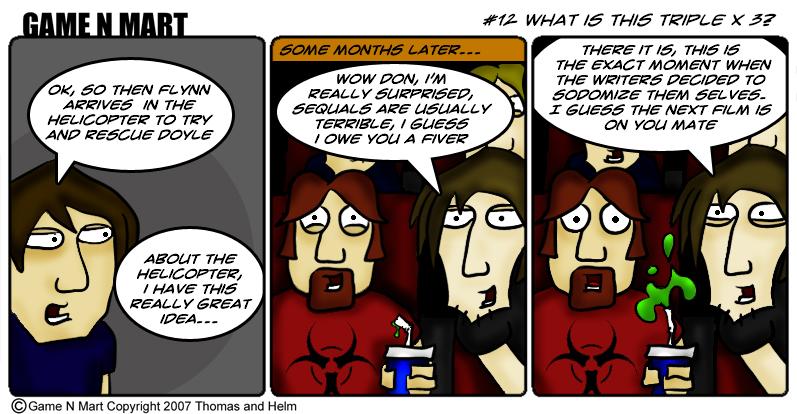 What is this triple X 3?

You won't really get this comic unless you've seen 28 weeks later. If you have seen it, don't get me wrong, it was a good film, just that one scene really let it down for me. The first one had charm in a low budget kind of way, but in the sequal big blockbuster actions scenes like that just make it seem less believable. Anyway I appologise for the late comic, I was up all night watching Peep Show and Nacho Libre.

EDIT: Put your hand up if you want to see 2 updates a week.