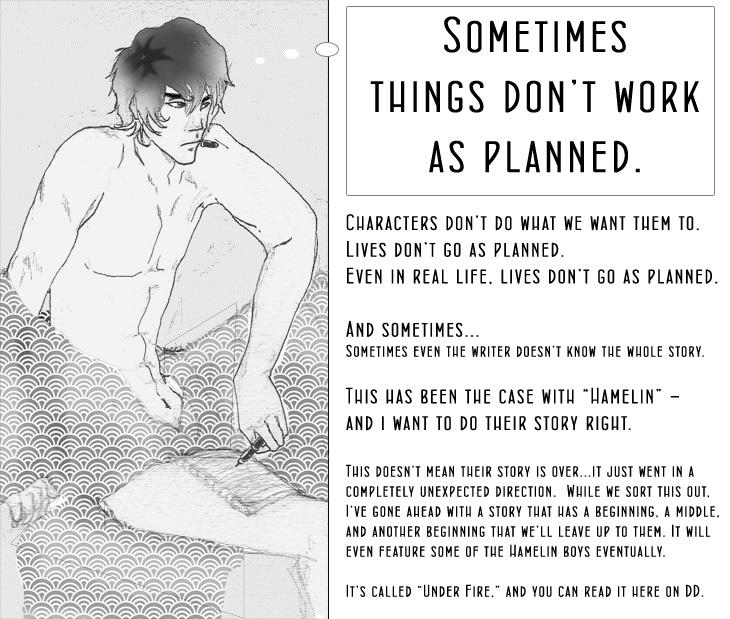 Knowing the Stories we Write

Apologies to everyone who was hoping to read more Hamelin. Obviously, I can't tell you WHAT went off in the plot…because some of that was supposed to happen, and none of it is anything that's supposed to be seen until it happens.

All I can say is that something changed significantly, and it's left the story in a very strange situation that I'm not sure how to resolve. And until I can figure that out, I don't want to take it in what might be the wrong direction, a dead-end.

While I try to sort out Hamelin's plot, I've gone ahead with another, related story that does at one point feature John and Sammy but focuses on another, more compelling story with other characters, another place, the same time line. This will be updated at least once a week, maybe twice some weeks over the summer depending on my workload. And unlike Hamelin, this story is already complete.

So if you're willing to venture into a story of love, hate, and literal war, please follow “Under Fire” at http://www.drunkduck.com/Under_Fire/

Thank you so much for all your loyalty and support.

I look forward to seeing where it goes, whenever that happens. A story that has this much thought and time put into making it right is probably one worth waiting for