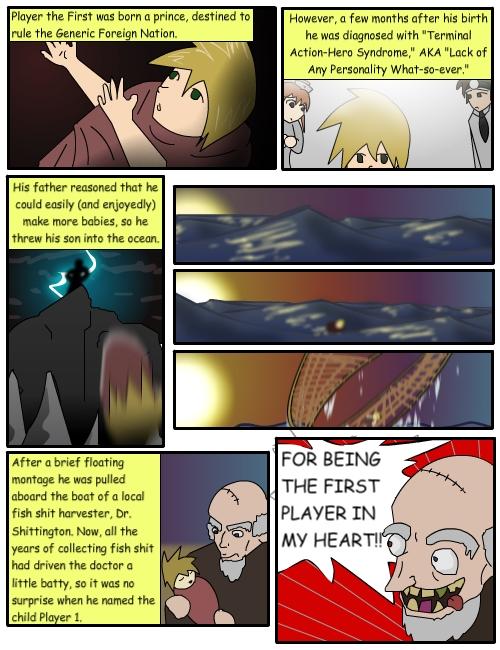 Page One: Of Princes and Fish Shit

Welcome to the most well thought out, best drawn comic in the world.
Yeah the good news is I'm lazy and it only takes 15 minutes to make a page so I'll update often. The bad news? I'm lazy.

Concerning the profession of fish shit collecting…
It isn't as ridiculous as it seems. In fact, fish shit collecting was key to the survival of Generic Foreign Nation. After converting all livestock into McPatrick's Finger Chompin Good
Animal Hardtack, the country had run out of natural fertilizer. Thus the government created operation Fish N' Shits to solve the crap crisis.

How it all started. And yes, I do plan to comment on every page, so get USED TO IT! pant, pant, pant.