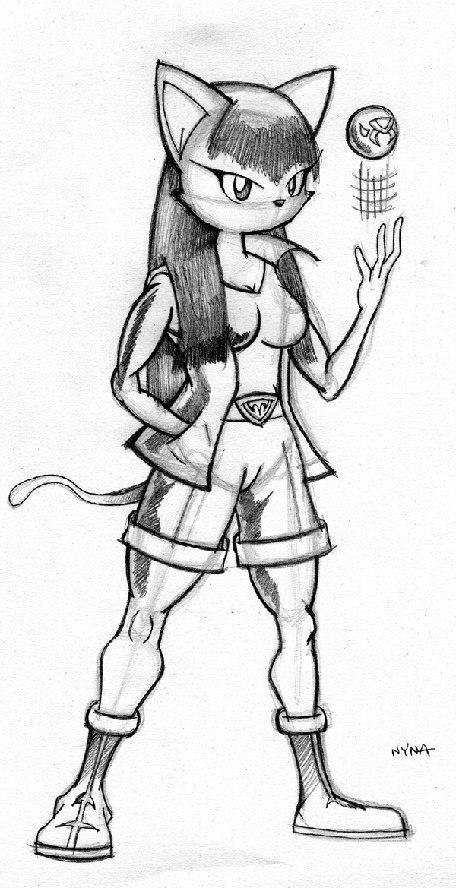 Nyna - An important character of JaxQuest

This here is Nyna, a mysterious character who has the habit of appearing and disappearing like lightning. She is the one who helps Jax out in the novel, and eventually reveals a big secret to Jax around the end. The sphere she's tossing is a legendary weapon named Valyant, which has the ability of transforming into virtually whatever weapon suits the situation. She entrusts this to Jax.

Damn, that's an awesome drawing. Very solid and well constructed and nice design. Yet, you managed to keep her cute while you're at it... good stuff.