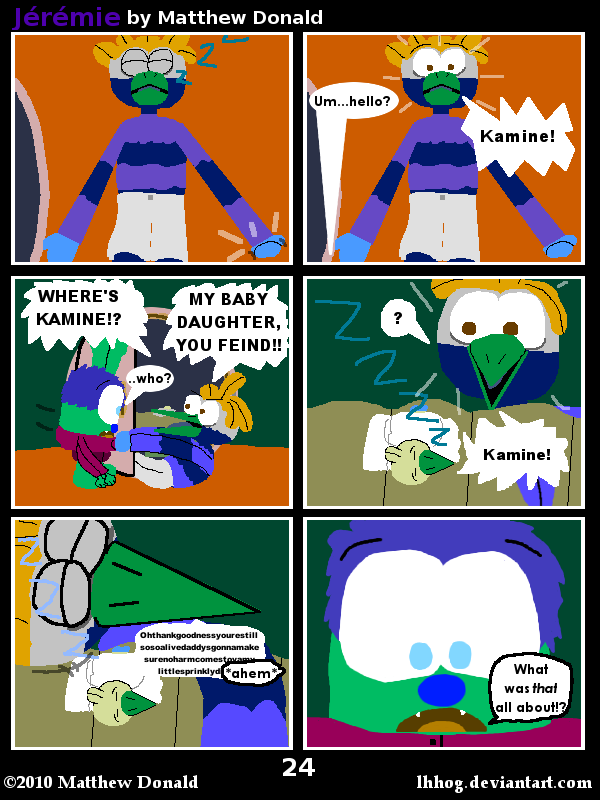 I regret to announce that, since this comic page was originally done, I've officially ended this comic (Jeremie). Yes, I know, it's sad, but by this point in the comic, I had felt that I had officially lost my way of direction and that the plot was going nowhere.

Luckily, I've rebooted everything and started anew with a brand new comic! This new comic will feature some of the characters from this old comic, but almost everything else will be different!

It's called ‘Life With Oxpa’, and you'll see the first page will come out on the 16th of August, so watch my profile for it!