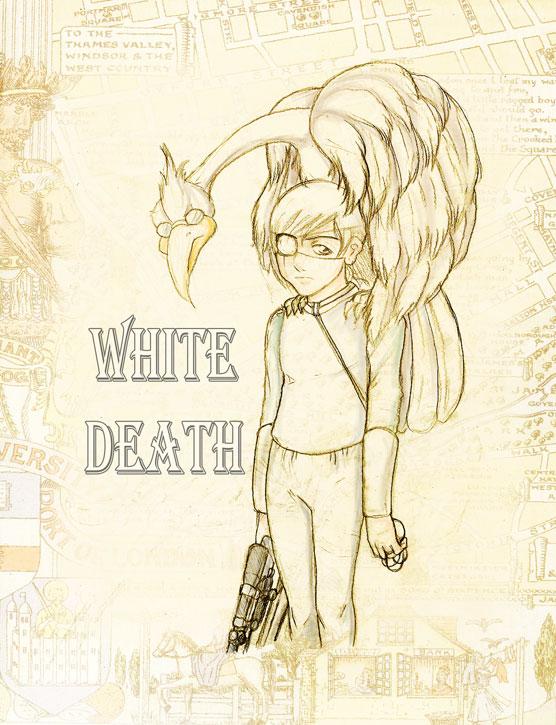 Hey guys. This comic is about a boy named Mikhail who obtains the left eye of infamous sharpshooter Simo Hayha during WWII. Adopting the feared name of the “White Death”, he is secretly sent behind enemy lines by the USSR. The bird on his shoulder is Quisling, a genetically engineered cyborg turkey vulture that leads Mikhail on his missions to eradicate the rest of the Nazis. Mikhail is just a boy. Can he handle the fate of the world resting on his shoulders? He can hardly handle Quisling, that fat bird. Awesomeness ensues! Check back for more pages in the near future!