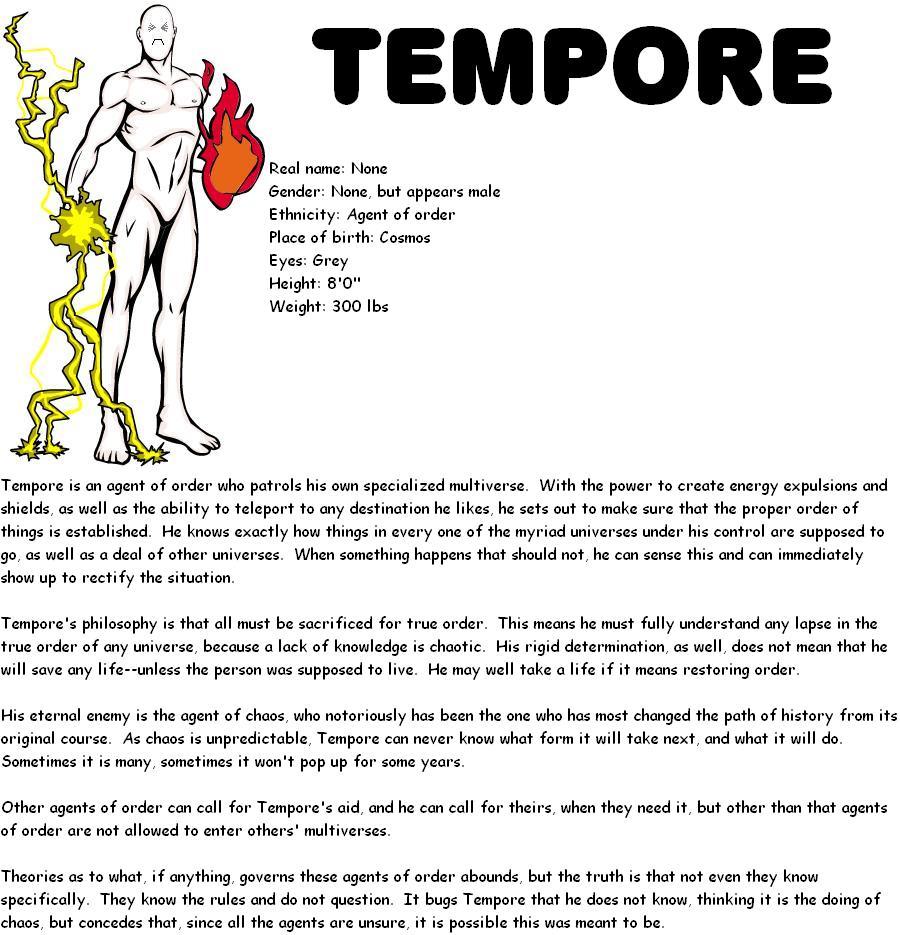 On to characters tied to universes of my own design. Tempore is going to be the focus of the first issue of Karabear Comics Unlimited, as soon as I get the thing done (yes, drawn by me in my bad art–I'm trying to push myself because nobody is agreeing to help me).

He is my version of a character my older brother created, who just might be the one for tomorrow's bio (I don't have a picture, but I can try and whip something up in Hero Machine–but could also ask my brother to e-mail me a picture, since he has drawn him before). There are a myriad changes to the previous character for this, but Tempore came to be something of his own character, anyways.

And for those confused about Tempore controlling a multiverse, since some people think that a multiverse contains all realities, here is the structure:
World (or planet, etc.)
Universe (or reality, etc.)
Multiverse (containing mostly similar realities)
Megaverse (multiverses in close proximity)
Omniverse (every reality)