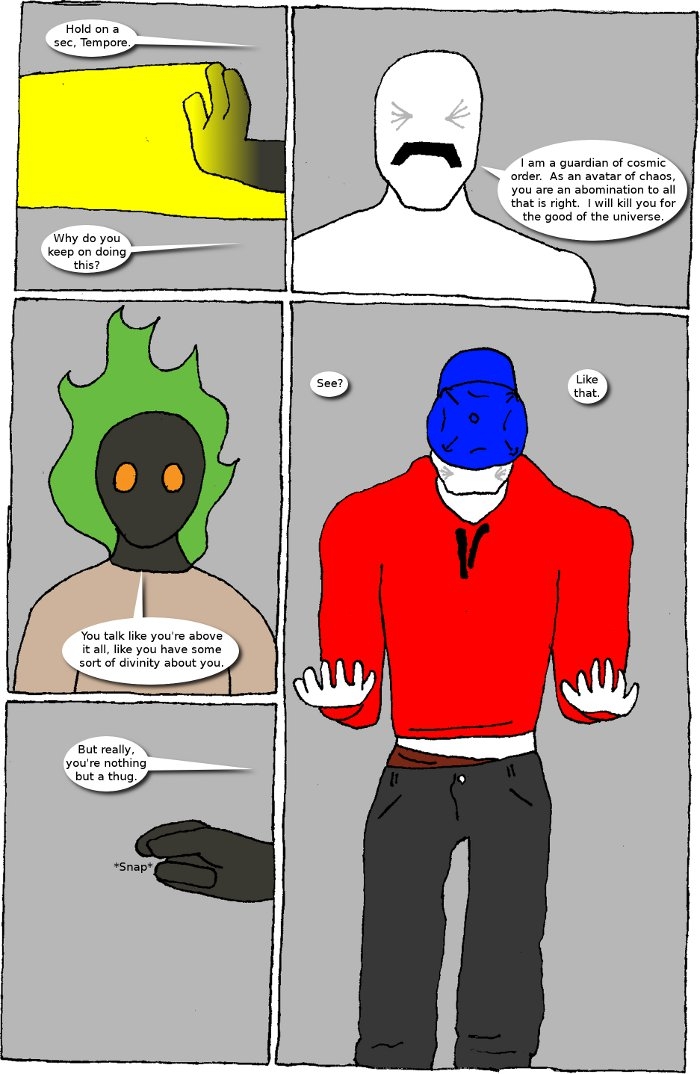 Onto the page at hand: I really liked doing that last panel.  There was a criticism in the Lite bites review of my comic that the fight between Tempore and Qlrn was basically a couple of street gangsters fighting, and I decided to run with it.  Tempore really isn't as superior as he says he is, and I liked the idea that Chaos would throw this at him.  I always maintain that Tempore is a protagonist, but that does not mean that he's a hero.  In fact, with the nature of the comic, he needn't always even be a protagonist.  He's a character, and one with a specific concept.

Must be fun to be Chaos and have the powers of visualization :)