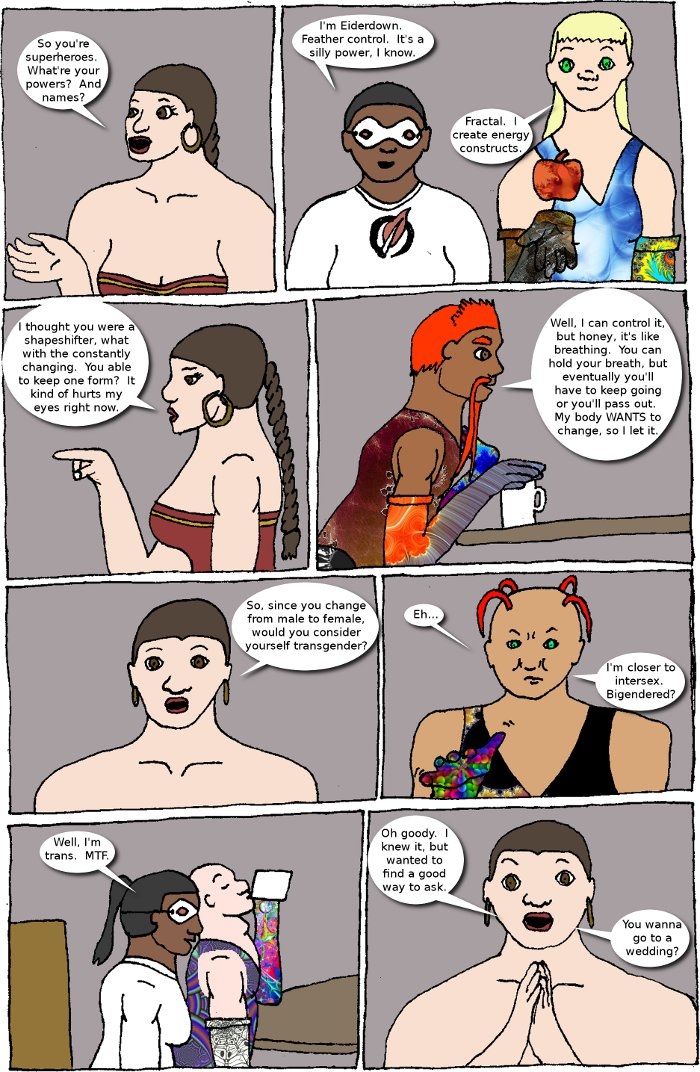 Onto the page at hand: Panels 4 and 8 are the big things I wanted to get across here.  Panel 4 addresses concerns brought up in the Lite bites review (namely, why does Fractal change so much?).  I'd figure breathing really is the best way to say it.  You can control your breathing, but your body won't let you stop for too long.  It will fight you the more you hold your breath, making it harder and harder, until you pass out.  Fractal's secret identity (which we've never seen, of course) involves the character's control of this.  Needless to say, Fractal needs to take a lot of “bathroom breaks” like that.  And panel 6 further sets up for the Heroes Alliance story, which, if you are reading it, makes it pretty apparent why the wedding is significant.
I do like the way I drew Fractal in panel 2, though.  There's something to that design I like, and I think it's the nose.  But we also see hir using hir power, which I do so little (though it's possible I've shown more of Fractal's power than Eiderdown's in this comic).  But I also wanted to quickly and believably get the information about these two across, to anybody reading the Caper without knowing my comic.  Plus, it's always good to remind people that Fractal makes constructs (like Green Lantern) and isn't a shape shifter (in the conventional sense).