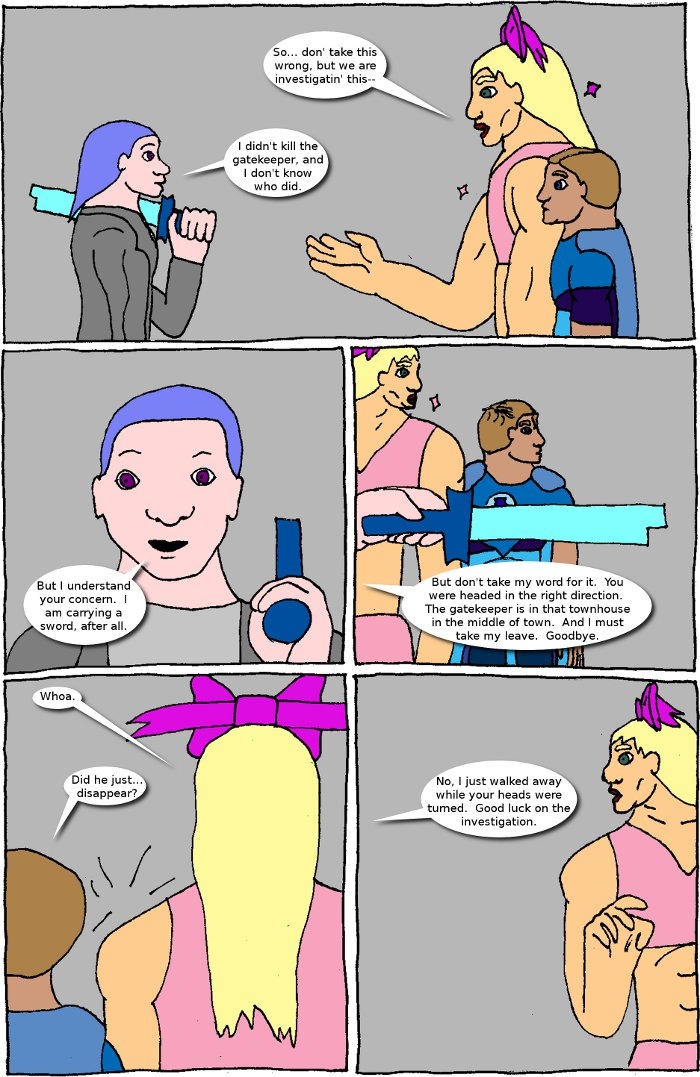 Onto the page at hand: Thus ends my little bit with Ancelm and Sparkle and Astral.  I introduced him here without having any real idea what I was going to do, and this suffered because of it.  Ancelm is part of D.D.S.R. and he's off to either his own adventures or to cameo in another comic.  Hopefully his next cameo will be better integrated into the comic's story.  At least I ended the page on a gag.  Not a great one, but it's a gag, nonetheless.

Hmm, you've handled Ancelm very well.And did like the gag. Felt like something he'd say if he were to pull a Batman. Not even sure what I have plan for him. Have him interact with others maybe have some tea some place, just whatever. One of the reason why I have him in Tyrion, that and to give him a new arm while doing a bit exposition on him.