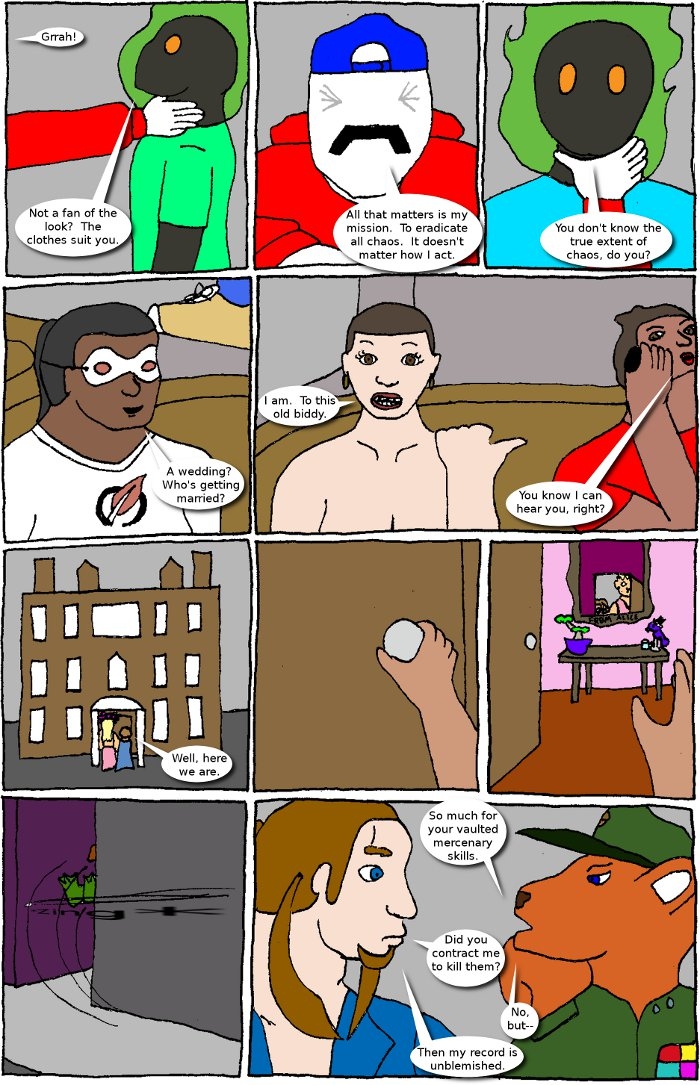 Onto the page at hand: I like that all three of these are nice addendums to each thread's respective full pages.  Tempore is learning a little–trying going physical rather than just blasting away.  He's trying to see what works, even if nothing does.  This doesn't mean I won't have him start blasting again, though.  Also, the women in the coffee shop reveal a little more about the wedding.  Remember, this ties into the Heroes Alliance story mentioned above.  But the smile in panel 5 looks odd because of the inking.  I should have just gone with darkened pencils (I liked how I penciled it).  But panel 4 has a nifty cameo.  In the window, you see the foot of William, the giant from Dawn of a New Era.  Meanwhile, Astral and Sparkle enter the central building and I am the first to show the interior.  My favorite bit of it is the mirror (notice the inscription).  Finally, the Swimmer and the Runner get away from the Gunman and Reidar.  I liked the bit of interaction at the end, too.  The Gunman truly sees no way this can damage his reputation, since it doesn't affect his stellar record when he's paid to do the job.