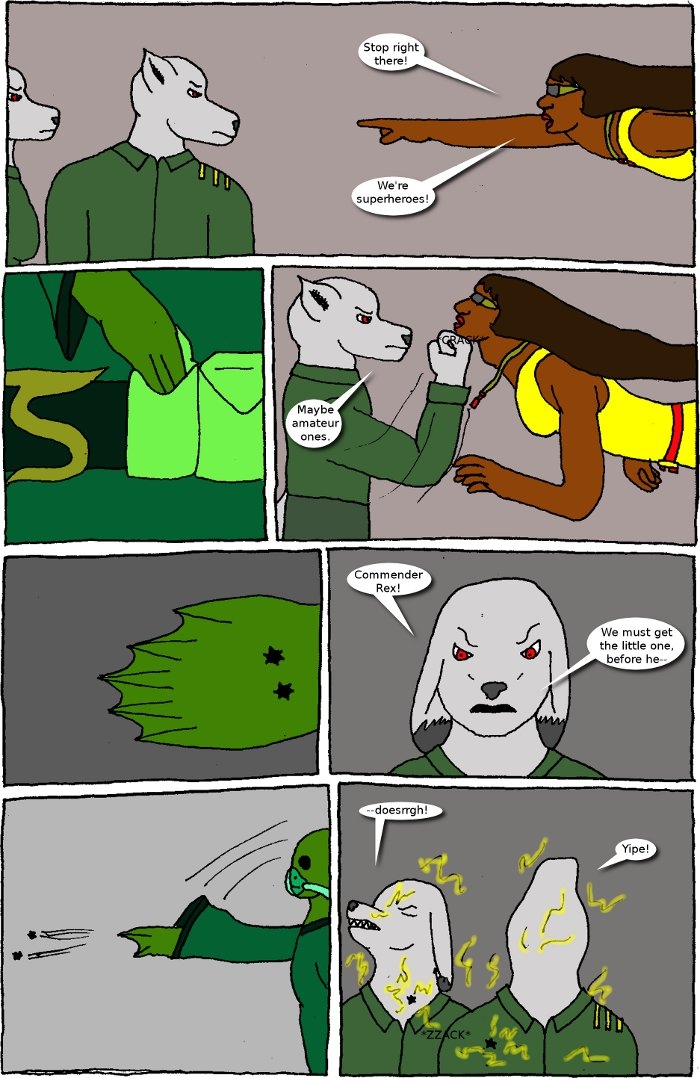 Onto the page at hand: So one of the dogs gets a name.  The woman is Lieutenant Fifi, but I don't know if that will ever come up in story, nor is it exactly relevent.  You don't really need to know their names (yet–I don't know where the story will take me).  They may actually migrate into my cast of villains, though, because what I have is paltry (and only one that you've seen have been named in-comic–Masticator, Bloodblast, Brown Terror, the Judge, Sweats, the Gunman, and now these two).  My Heroes Alliance story has more, but similarly unnamed in the comic (Sea Embers, Phobia, Zhia, Bind, Lash, and the public domain characters Captain Nazi, Manx and Clown).
Anyways, I wanted to differentiate between Commander Rex and Lieutenant Fifi, so the major difference is different ears.  This, of course, makes her a different breed than Rex, but I'm thinking one of her parents is not of the grey faction and defected to their side.