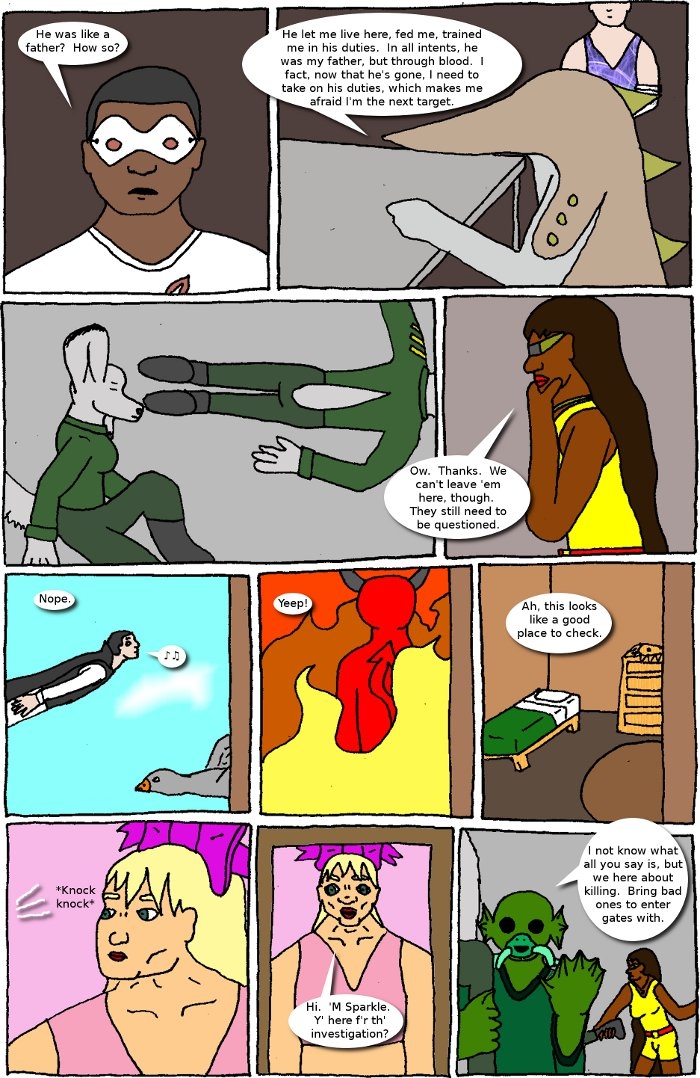 Onto the page at hand: The threads are finally all coming together.  Or at least, all the characters are now in the same vicinity.  The top fourth is really to establish Senestral's character a little, and I've decided to throw caution to the wind and just write him however I feel.  So, he's a bit of an orphan, taken in by Dylan Magnahearst and taught to aid him and serve in his place in emergencies (like now).  The next fourth down is just tying in from the last page and leading into the last part.  Meanwhile, Astral finally finds success, after glimpsing what is possibly somebody who might have much more significance next year (if Escutcheon thinks it looks enough like the guy) and also a character who I had put in the regular issue for the month.  And Sparkle is the one to greet the Runner and the Swimmer.  The Runner is a bit confused because of Sparkle's Southern accent (which I never put in writing, because I wouldn't do it well and because it would make her dialogue very hard to read) and the fact that she does drop a lot of sounds in her speech, not having as good a grasp on language as most of my characters.  Of course, this gives her and the Runner common ground, but the Runner is worse at English, but not through a learning difficulty like Sparkle has.