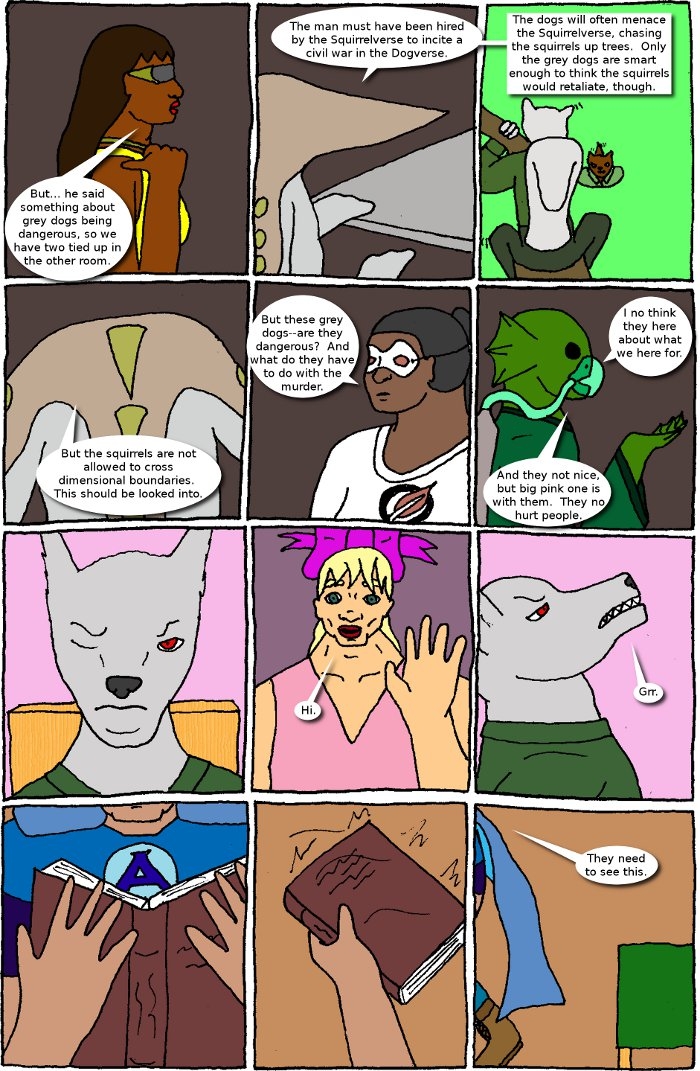 Onto the page at hand: The 2012 Halloween Cameo Caper is winding down–and to tell the truth, I don't know who the murderer is.  I know who I think it is, and I'm the only one actually covering the investigation so far–mainly because I think I've kind of hijacked it with my updates every weekday–but I think Hogan only knows for sure who it's supposed to be.
But I do feel this page may have a gap of time (story-wise) after it, in order to allow others to actually enter the house.  This is part of the reason Astral is headed back downstairs, and the dogs have woken up.  I would hope everyone else can get in on the act and use these characters as they see fit.  The next page I do, I will feel the interrogation might be over, and the house will be much more crowded–I only have three more days of updates to go.  Sure, I could go past Halloween, but I want to wrap the story up by then (in part because I wrote a prologue for the crossover mentioned above, and I want to start it next month–along with all my other things I've got going on).