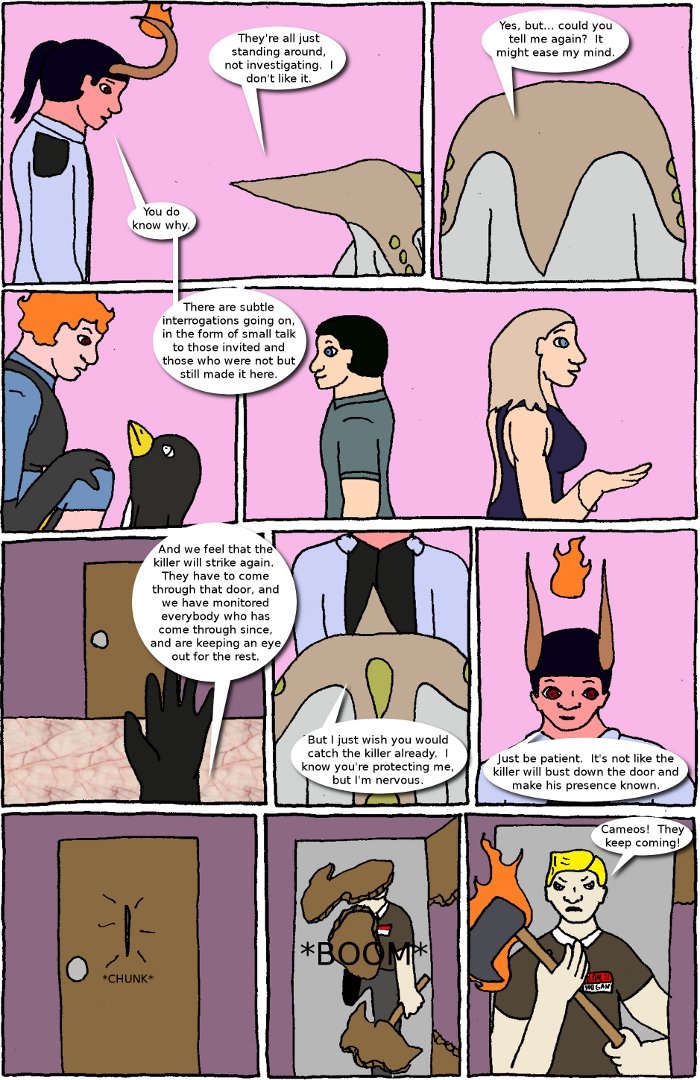 Onto the page at hand: So close to the end here, and I realize that though I had two months, I should have picked up the pace.  This week just feels rushed–because I want to wrap it up tomorrow.  That doesn't mean others can't fill in the gaps for me, though–the other Capers have often lasted for quite some time after Halloween.  Heck, I think the 2011 Caper technically still has a storyline going.
But I reveal my incredibly unsubtle idea of who the murderer is–Hogan, the administrator of the Webcomic Crossover and Cameo Archive, and also this year's Caper.  One can say that it's not him that's the murderer, that he's only responding to the surge of cameos, and my extensive storyline for the Caper, but in a way he actually did kill the Gate of the Worlds, since he came up with the premise for the Caper.  He seems all-around the natural fit.

Straw? Consider it a haystack!

And here I thought it was the butler. We looks like this was the last straw for our friend Hogan.