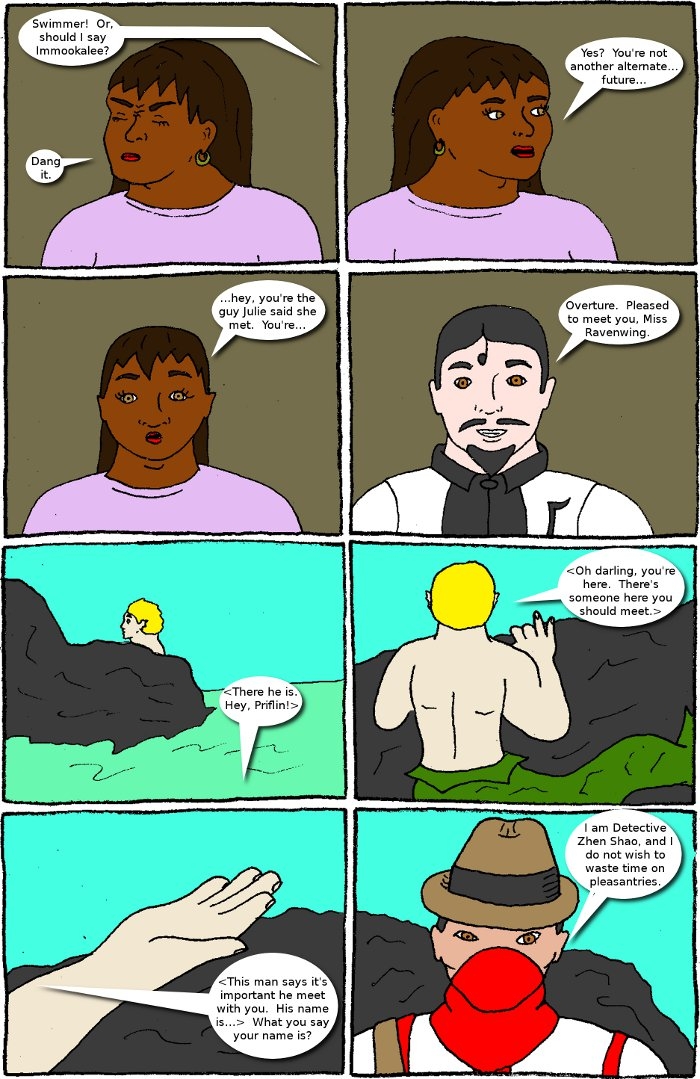 This is the first time Priflin has appeared when not in flashback.  I added the flange where his torso and fin meet because I kind of like it.  If you notice, he's no better at English than the Runner.  He's the one who taught the Runner English, which can say something.

Also, I believe this is the first time Zhen Shao has appeared in full in a comic (he appeared at the end of the Eiderdown and Fractal part of my Crossover Melee stuff, but not very clearly).  I guessed on the colors of his shirt, suspender straps and the like.  Hopefully I'm right there.  Anyways, my characters are being approached by two separate individuals at about the same time.  We'll see tomorrow what it's for.