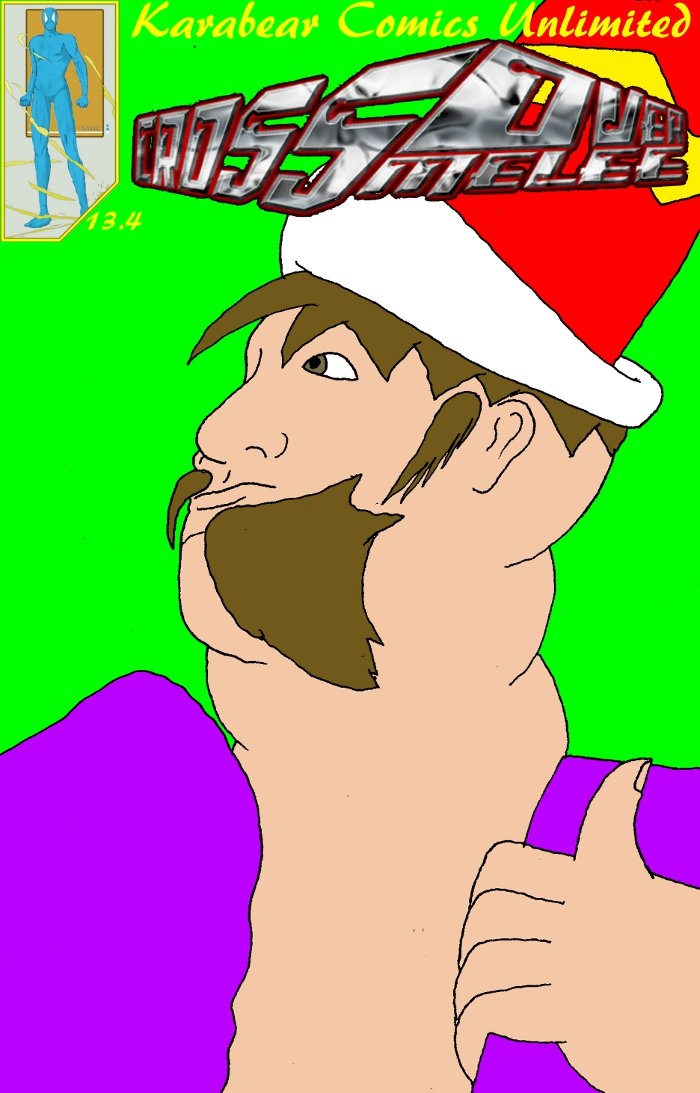 I'm sending my gang to the 2013 Halloween Cameo Caper, but this time I'm doing it a little differently.  This guy up here's integral to the storyline (who would have guessed, with him on the cover?) and it should be noted that for this comic's Crossover Melee stuff I've been putting villains on the covers.  So, how will this man antagonize our team?  We'll see.

This is part of Crossover Melee.  If you want to be involved, e-mail me at karamesser@hotmail.com or PQ me on this site.