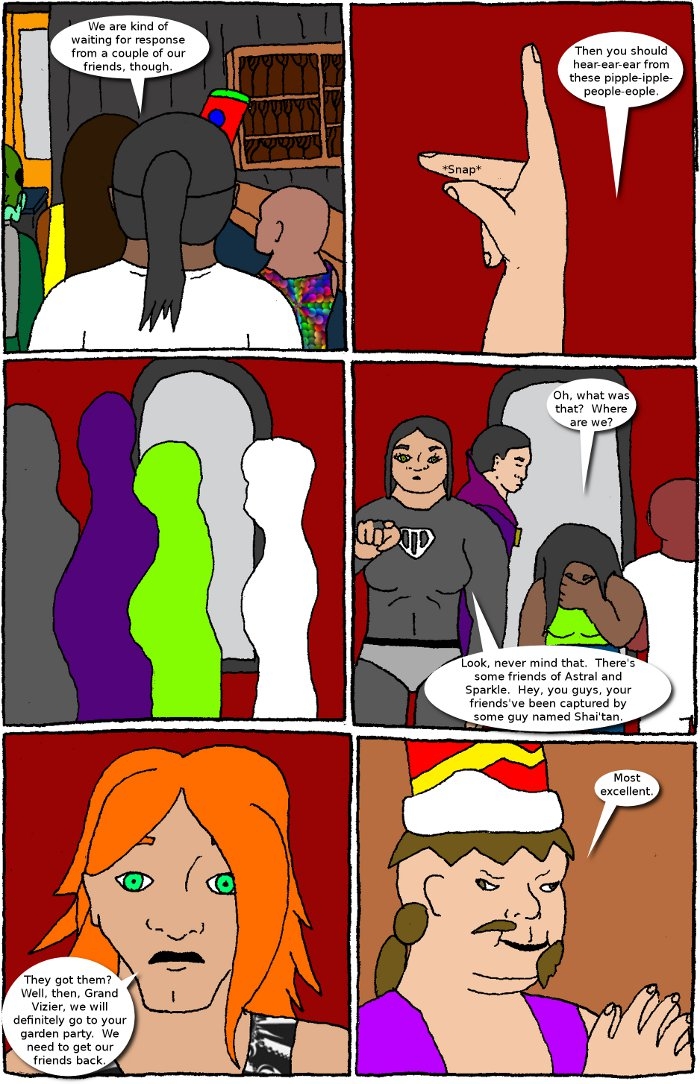 It's been a while since these guys showed up, hasn't it?  I'm trotting out some old characters for this, in part to show I still remember I have them and that they are still a part of the comic.  But, I wanted to give my heroes a better incentive to follow the Grand Vizier, despite his obvious ill intentions.  But they also don't put enough weight on his actions, and I do plan to explain that.