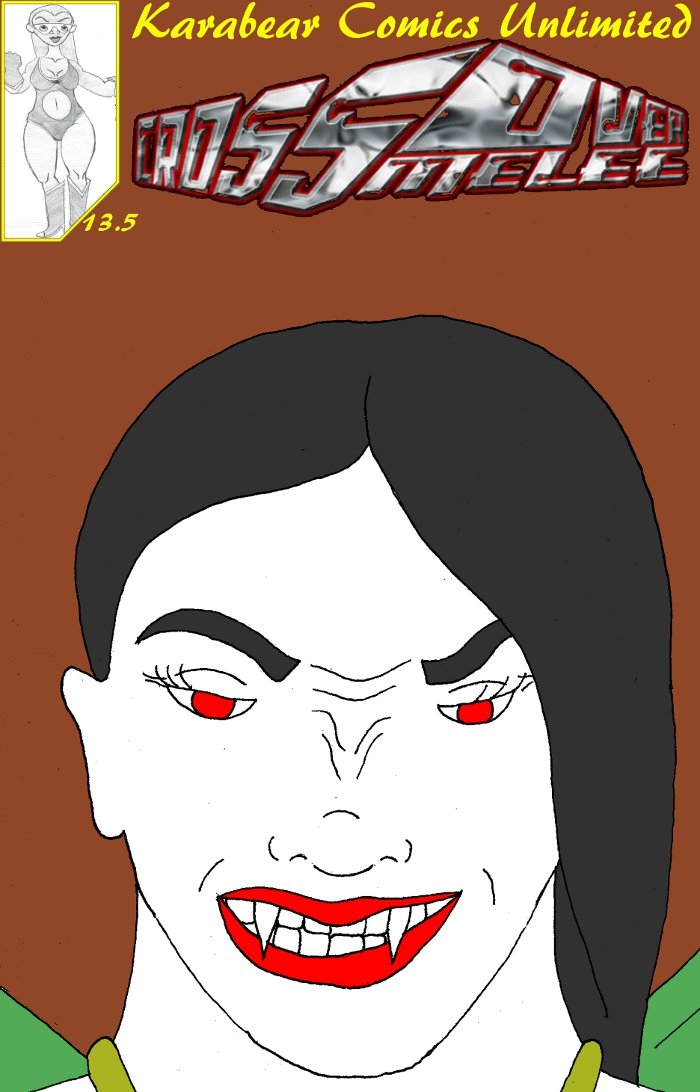 It's the cover to the next part!  Who is that?  Well, the main picture is the face of Varla, one of the villains for Crossover Melee.  In the inset, though, is Patchwork, Eiderdown's evil clone created by Doppelganger.  The picture was drawn by Gray Ellis (grayellis.deviantart.com) when I asked for a redesign of her costume.  This will be the costume Patchwork will be wearing from here on out (though her hair will be different).

My, what big teeth you have Grandma! .o