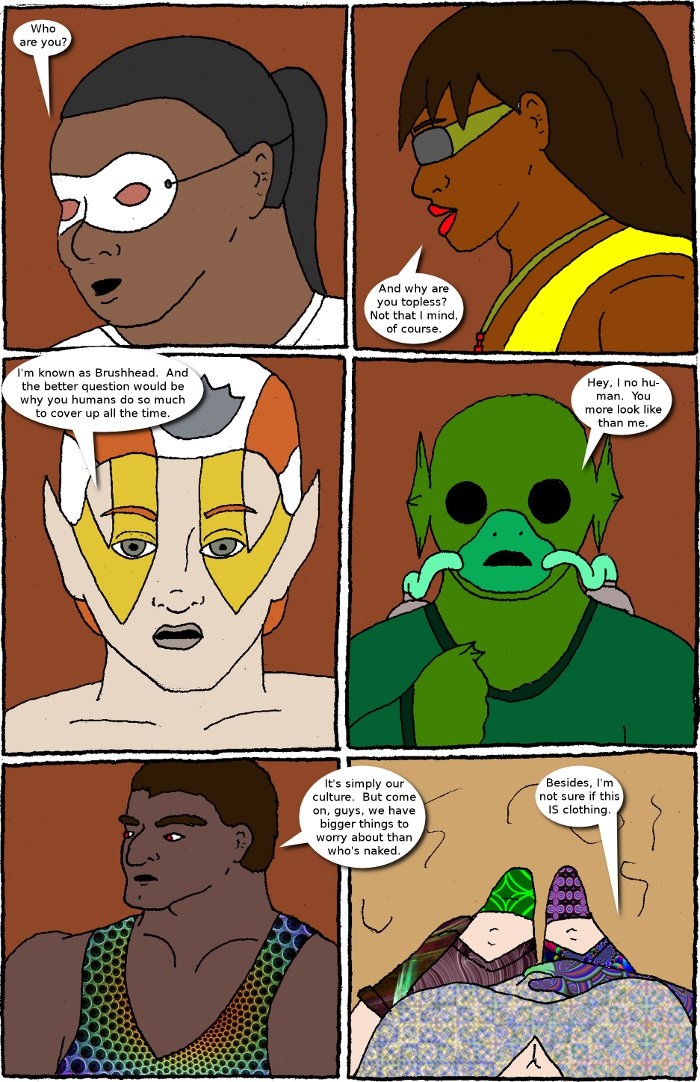 Again, Brushhead is from Rogues of Clwyd-Rhan.  And of course the Swimmer doesn't object to her being topless.  Neither does Eiderdown, but she's not the type to bring it up.  The Runner isn't into women and Fractal hasn't shown interest in anybody yet.  I'm toying with making that part of his character.