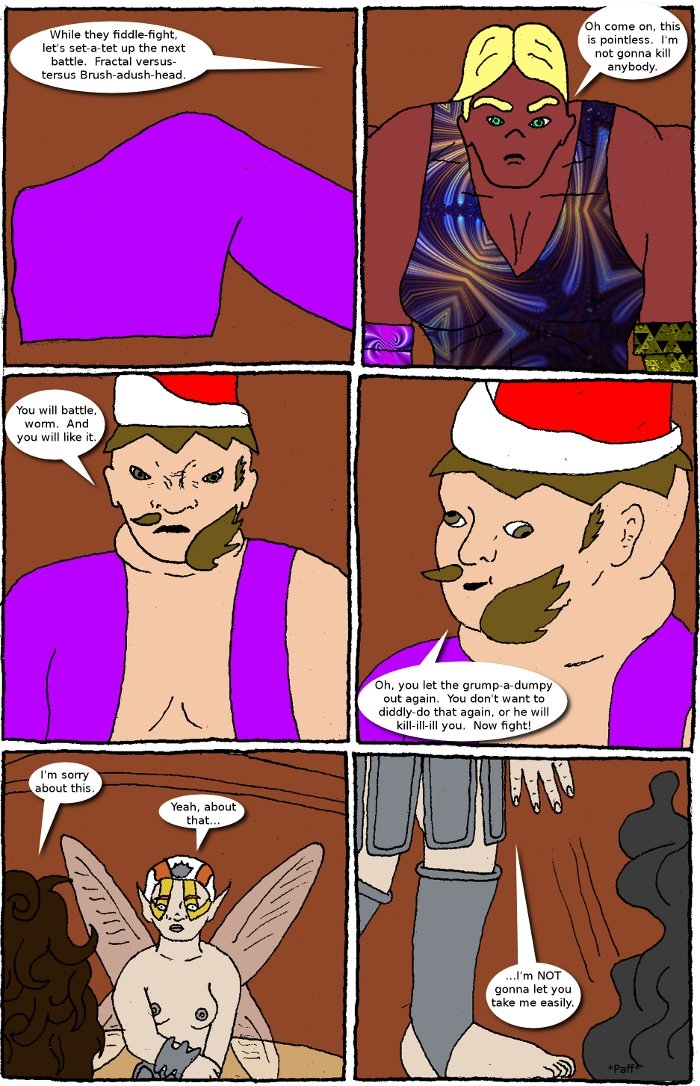 I'd like to see a fiddle-fight.  Though there would be some smashed violins.  Anyways, Brushhead (from Rogues of Clwyd-Rhan) does have a little arsenal of useful things.  Not much, but enough to have the element of surprise here.

Faeries may be mostly naked, but DO beware of their bags!