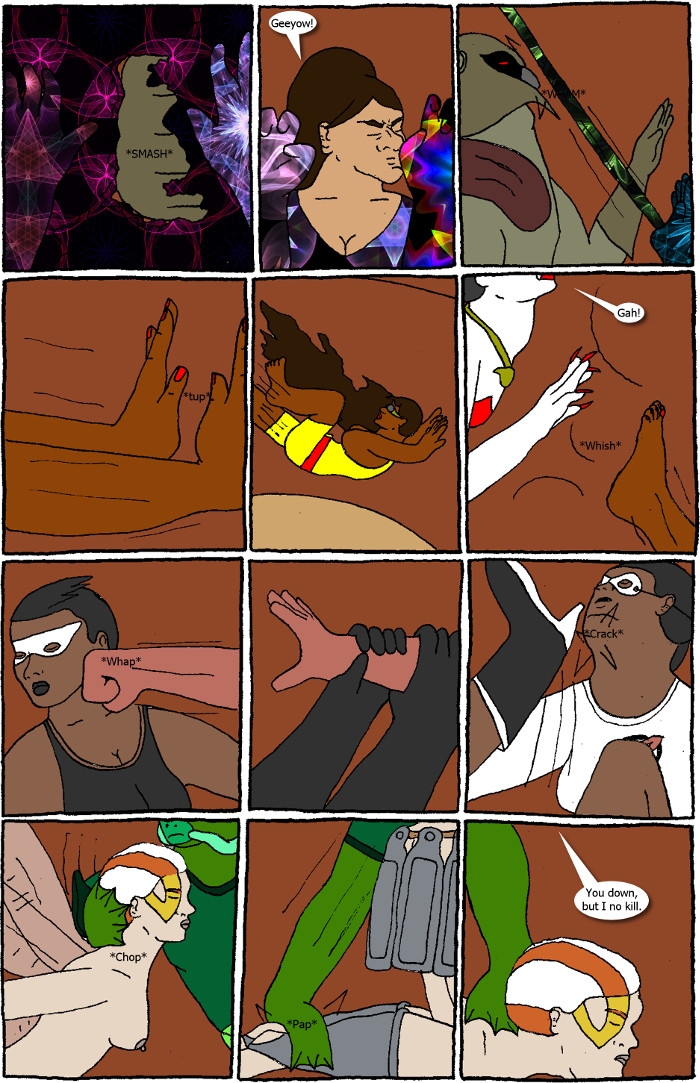 Here we go with the characters being effective.  Fractal has the ability to keep Shai'tan at bay for a short time.  The Swimmer is supposed to be kicking Varla away like someone holding on the side of a pool and kicking–the force causes the air/water to push her away.  Okay, Eiderdown's not so effective, but she's doing decently, considering Patchwork could easily hold her in place like she did last time.  And the Runner?  He's efficient and therefore is the first to take down his opponent.  Brushhead is a mischief-maker, not a fighter, and thus stood no chance.