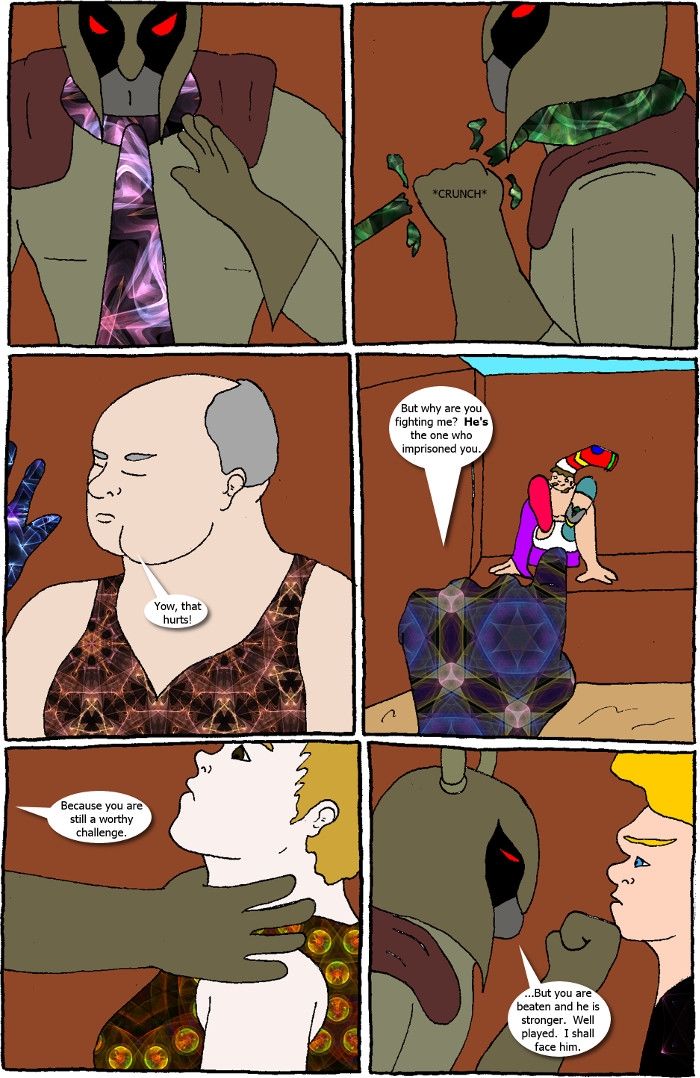 Fractal's powerful, but has limits.  There's a telltale sign here in the “that hurts” line.  I have a specific idea of where Fractal's powers come from, and am trying to find a place to put that in.  Needless to say, they're tied into hir origin.  Zhe is also incredibly lucky.  Shai'tan hardly ever grants mercy, but Fractal unwittingly exploited one of his traits: he always wants to fight powerful foes, and he wouldn't want to wait any longer when the idea is brought up.  Not to say he wouldn't have challenged the Grand Vizier, but might not have so immediately.