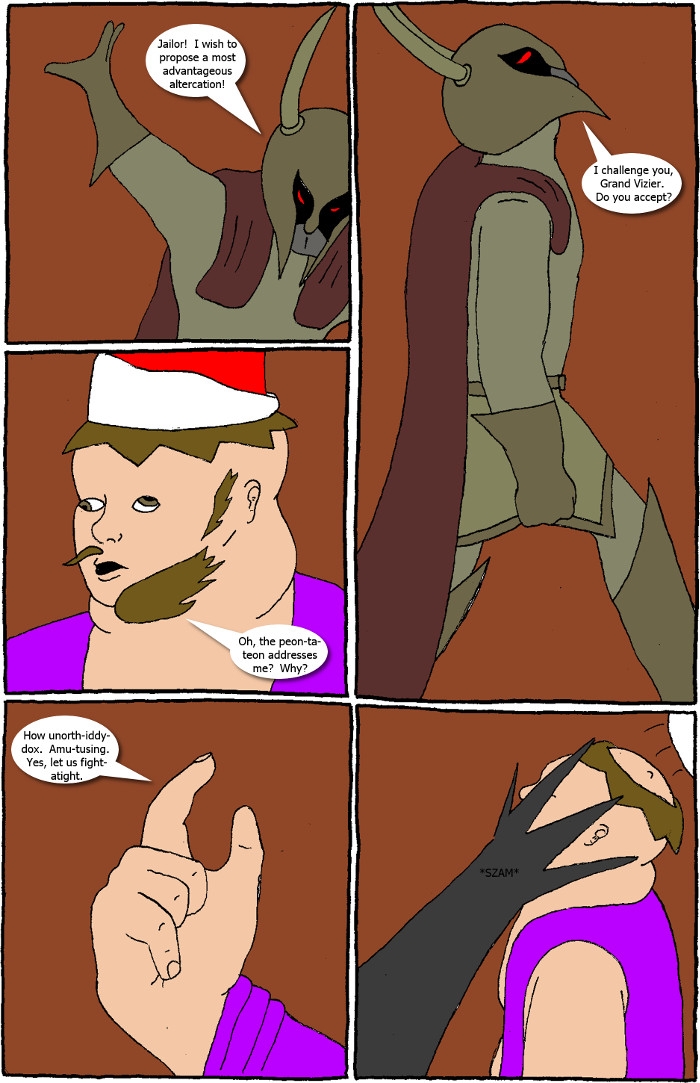 Shai'tan doesn't waste time.  The Grand Vizier accepted, and that's enough.  I wouldn't even count that as a cheap shot, since the Grand Vizier should have seen it coming.  But will it be enough?

Cheap shots are still shots, and the Grand Vizier just gets a taste of his own medicine :D