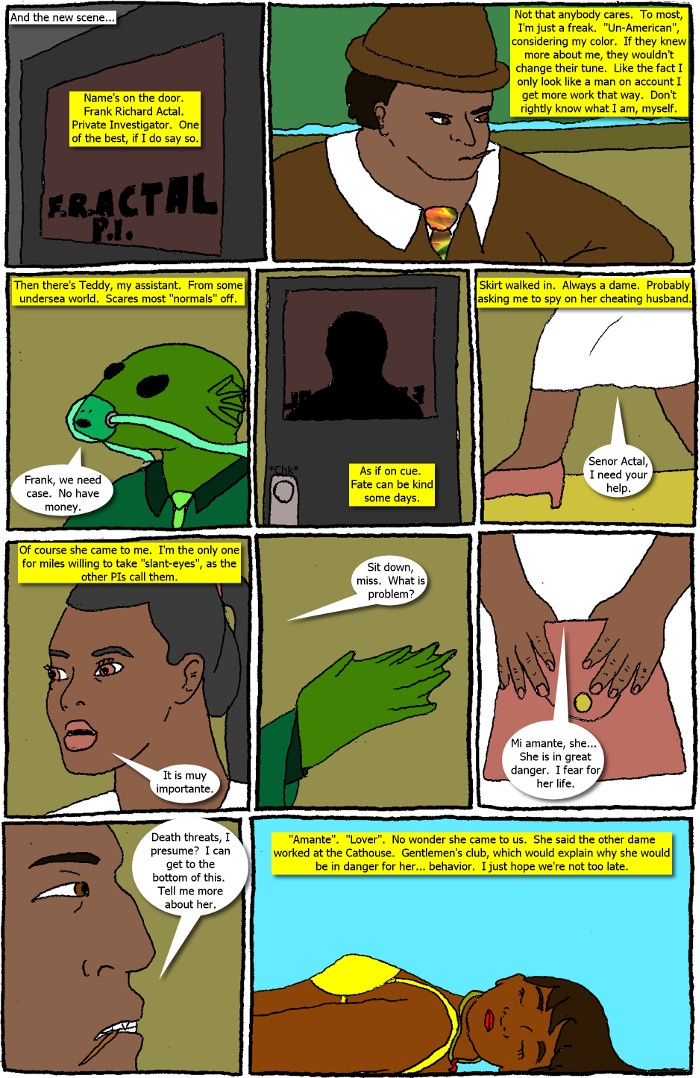 And so the second form of entertainment starts.  Such a startling genre shift, and there's a reason: this is supposed to be emulating the style of the pulps, which were the precursors to the comic stories we know, featuring the prototype superheroes and the like.  It's also a chance for me to start making minor design changes to characters, like having Julie drawn differently.  The Runner looks more fish-like, because I felt the idea of the pulps likely would want to push his difference more.  That design won't be anything final for him.

But is Immookalee okay?  She doesn't look like she's doing too well…