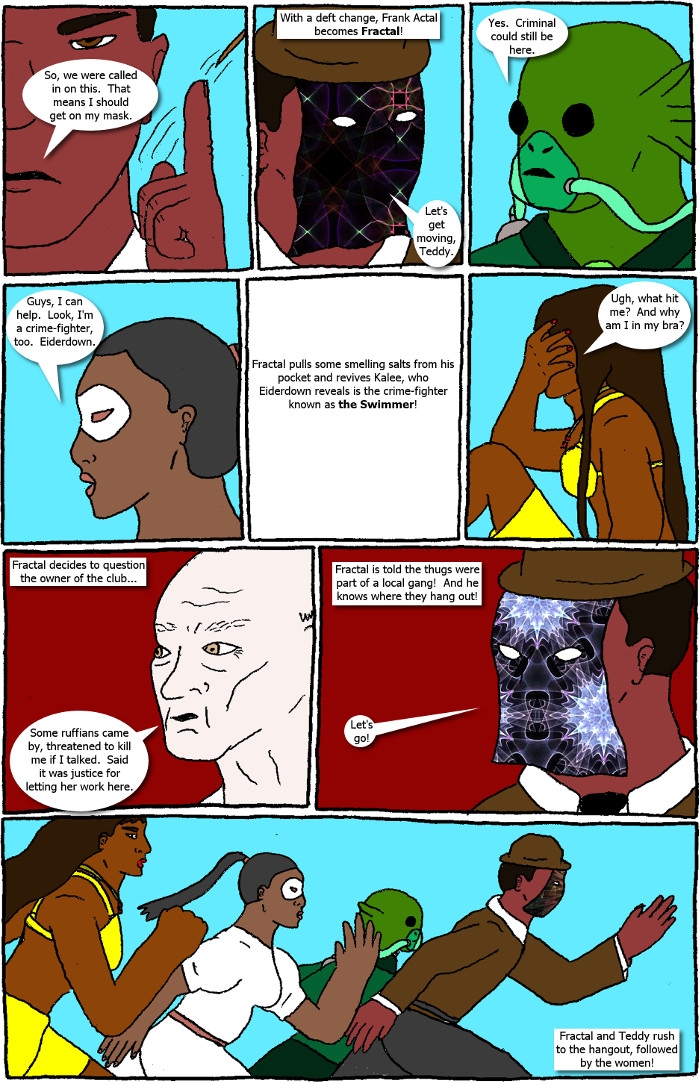 So this change?  It's supposed to mimic the Golden Age of superhero comics.  Fractal's outfit is supposed to emulate the Clock, who had a nifty, though impractical, costume (how he kept that mask in front of his face is a mystery to me).  Panel 7 was interesting because of all the detail I put into a one-off character who will never reappear (I didn't know I could draw an old man so well).  Also, now the whole team is up and running–literally!