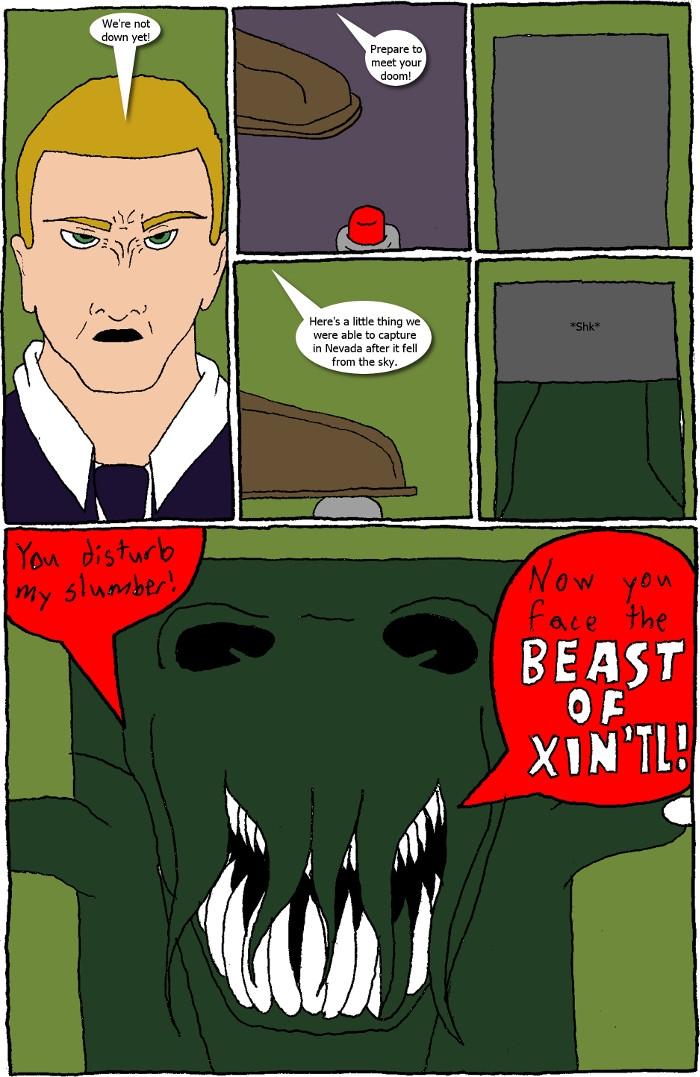 What's this, if the last one was the Golden Age?  The Atomic Age!  This was the time after World War II when superheroes waned in popularity and the other genres rose to the fore.  I decided to focus on the monster story stuff.  Jack Kirby made some wonderfully insane ones, and this is my pathetic attempt at an homage to such stuff.  Really, I think the best I did with this monster was the teeth–I still like how I drew them.