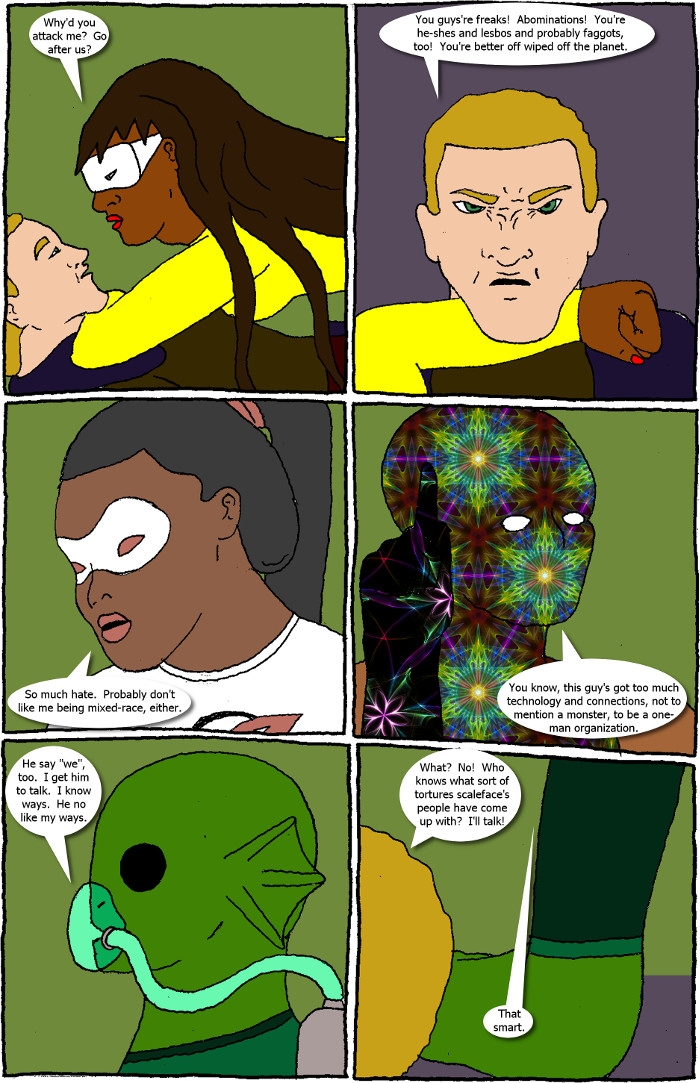 Panel 1 looks so great with Immookalee threatening him, but it really is the Runner who can make him sweat.  Some people fold under the merest threat.  The bigoted are most likely to do so in such a situation, because bigotry comes from ignorance and fear.  Likely, if somebody had offered to kiss him, he'd do the same.  The Runner was simply the first to think of using his hate as a tool against him.

Also, though it's hardly obvious, the homage has shifted again.  We're out of the Silver Age and now in the Bronze Age, which began to bring in the social issues far more heavily, and comics began to start getting more grounded in the real world.