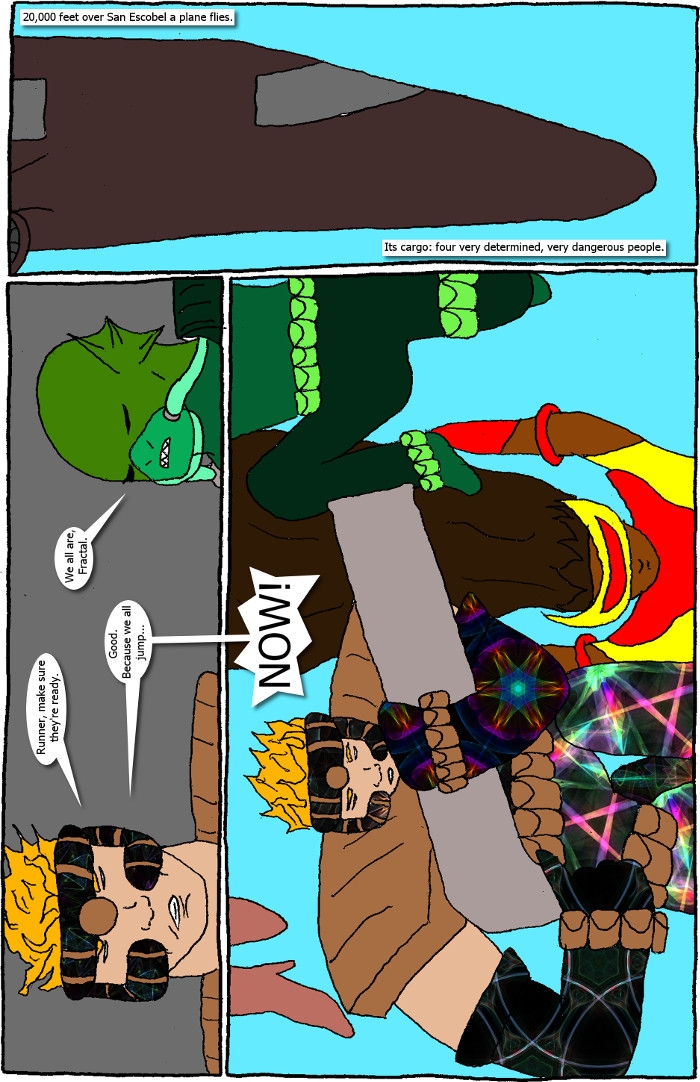 Ah yes, it's the Dark Age of Comics.  I could have homaged the 90s differently and done something akin to Alan Moore or Grant Morrisson, but this one's an attempt to satirize.  The Dark Age was so rediculous and overall terrible that I couldn't resist.  This is the type of story that was popular in the 90s, and I'll never know why (and I freaking grew up in that time!),  All the guns, shoulder pads, pouches, and the like, and all terribly drawn–not as bad as my art, but still very poorly drawn.  My big reference for panel 2 was X-Force #1, drawn by the artistic punching bag, Rob Liefeld.  Really, Fractal is so obviously Cable here that there would be no point denying that it's basically a swipe (another 90s trend–mostly on purpose there), especially because panel 2's Fractal is a swipe of Cable.  Also, Youngblood's Disease has come, most evident in the Runner, the guy who doesn't even have eyelids to squint through!