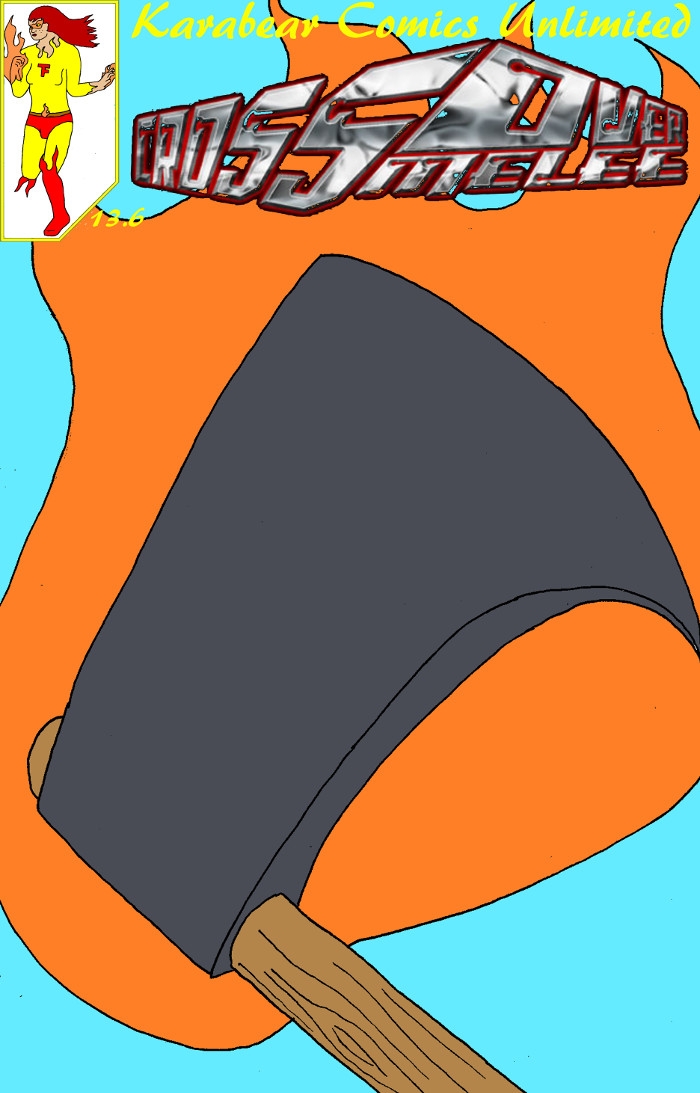 Cover to the final bit of the Cameo Caper storyline.  I've been putting villains on the cover, and this one should be noticable for Caper readers.  Of course Hogan appears.  How could he not?  and he's definitely a villain in my book.  My heroes will likely only ever see him as a dangerous psychotic, as they don't know they're in a comic and thus he doesn't make any sense to them, seemingly striking without reason.

"... striking without reason"? I got plenty of reason I can tell you!! *hrumph*