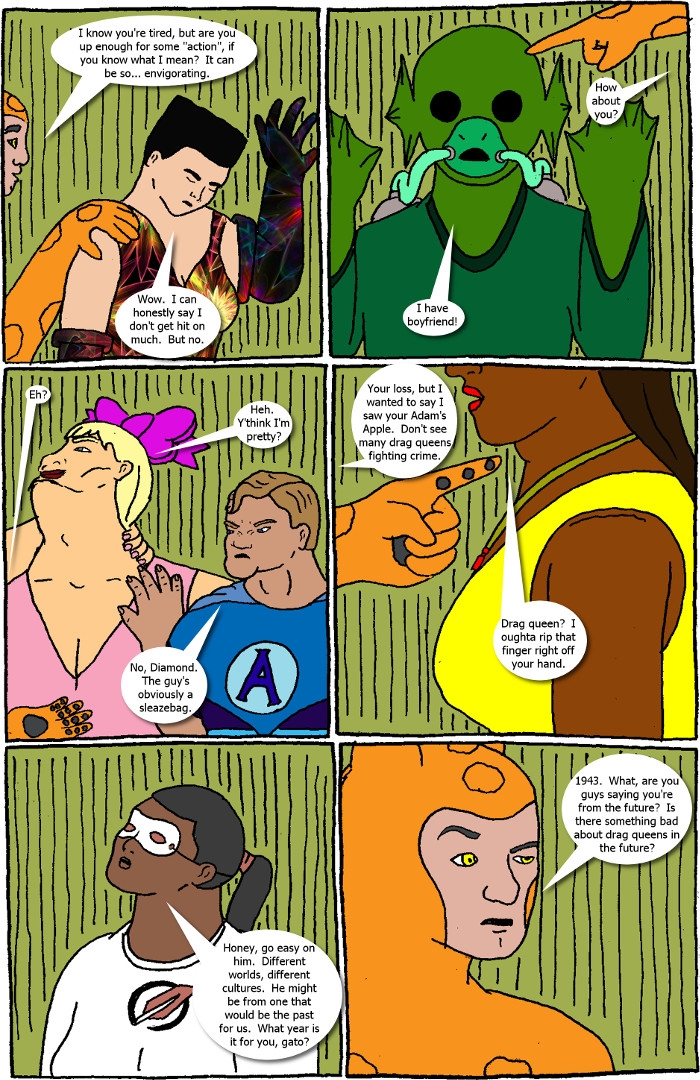 This page follows this Wonder Team page.  What is Fractal's sexuality, anyways?  I haven't delved into it, unlike my other characters.  Zhe's an interesting character, to be sure.  And Jaguar Man's forwardness continues, getting the first idea where Wonder Team is really coming from.  It's implied in their comic, but was never stated what year, but here you go.  They're from before the huge civil rights push of the 60s, in the very xenophobic days of World War II.  But there's a reason Jaguar Man is so blatantly bisexual, which will be told one day in Wonder Team.