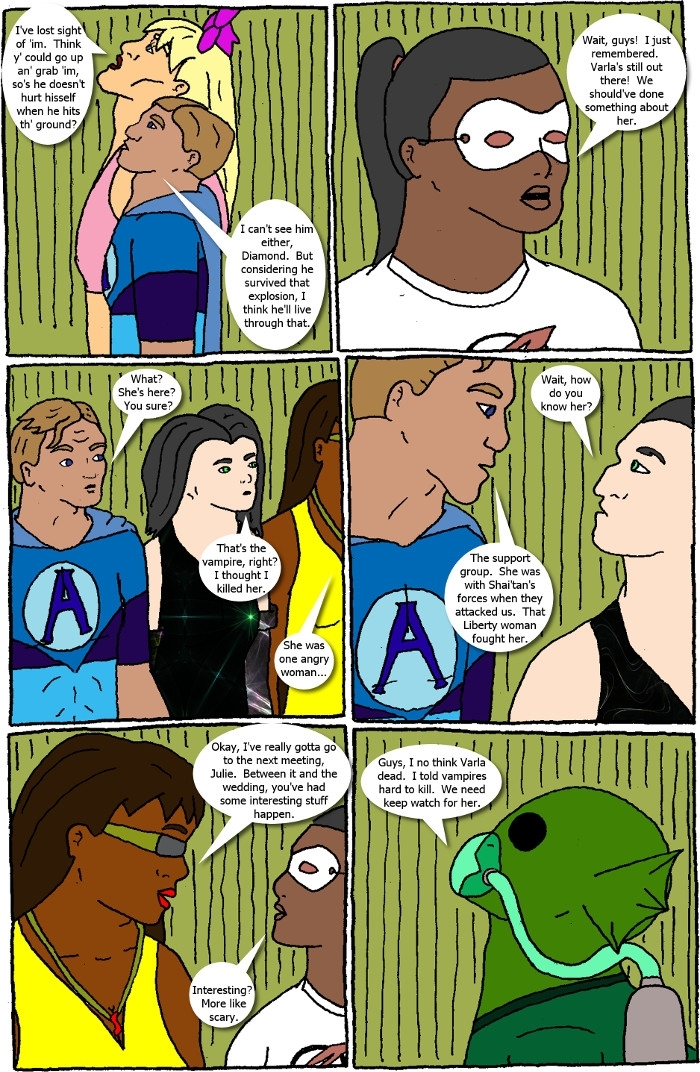 Remember, Eiderdown was the only one to be there both times Varla menaced the heroes.  Fractal, the Swimmer and the Runner weren't at the support group and Astral and Sparkle were incapacitated and with Wonder Team during the Grand Vizier stuff.  Julie's like a linking thread for them–and she's the least used to seeing the oddness that comes with superheroes (as she is the only one who comes from a world initially without real superheroes).  I find that to be an interesting juxtaposition (though she sure takes a lot in stride).

And the Runner has a very good point here.  Vampires are quite difficult to kill–that's the point of them.  It's very doubtful Varla didn't survive those gunshots, so they do need to worry about her.