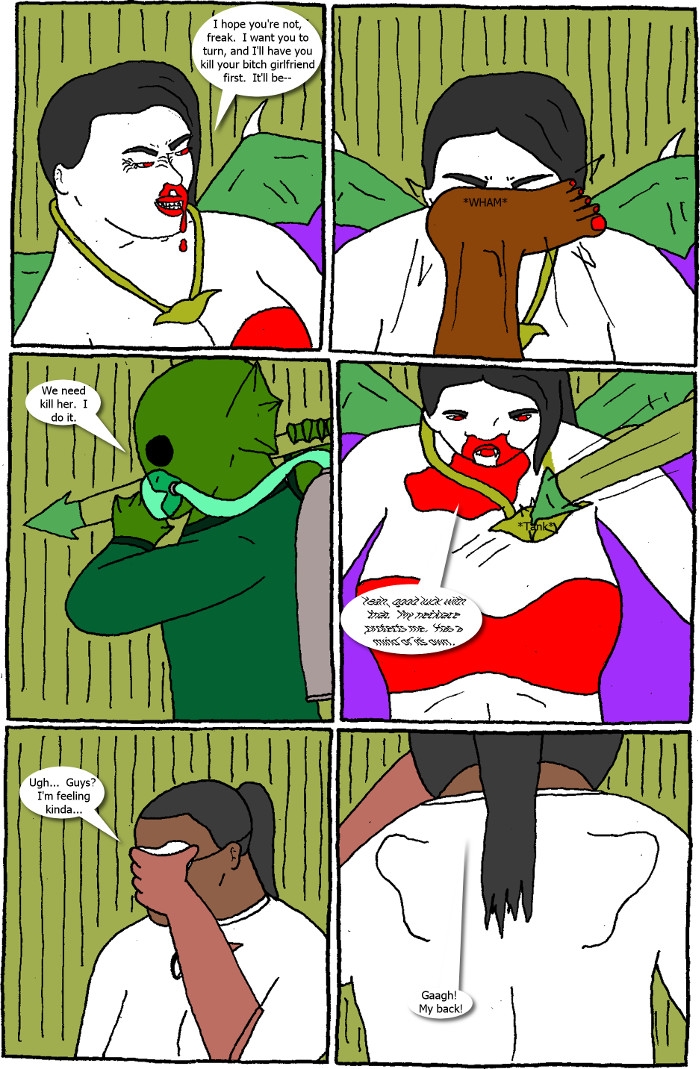 Honestly, I wasn't going to have Julie be affected by the bite, but I realized it can be helpful for what's going to happen later for her.  I'd chosen Julie to be bitten because she was the most likely to be immune (since I was going to make the vampire curse be ineffective trying to go through feathers), but that was also rather silly, because she's already shown that she can be poisoned like anybody else (in Heroes Alliance), so this shouldn't be any different.

Heh. Good luck with those early pages. My art isn't currently all that good, but dang if it's terrible to start.

Found the comic thanks to the link from Life & Death. Now I need to read your archive. Lots of fun!