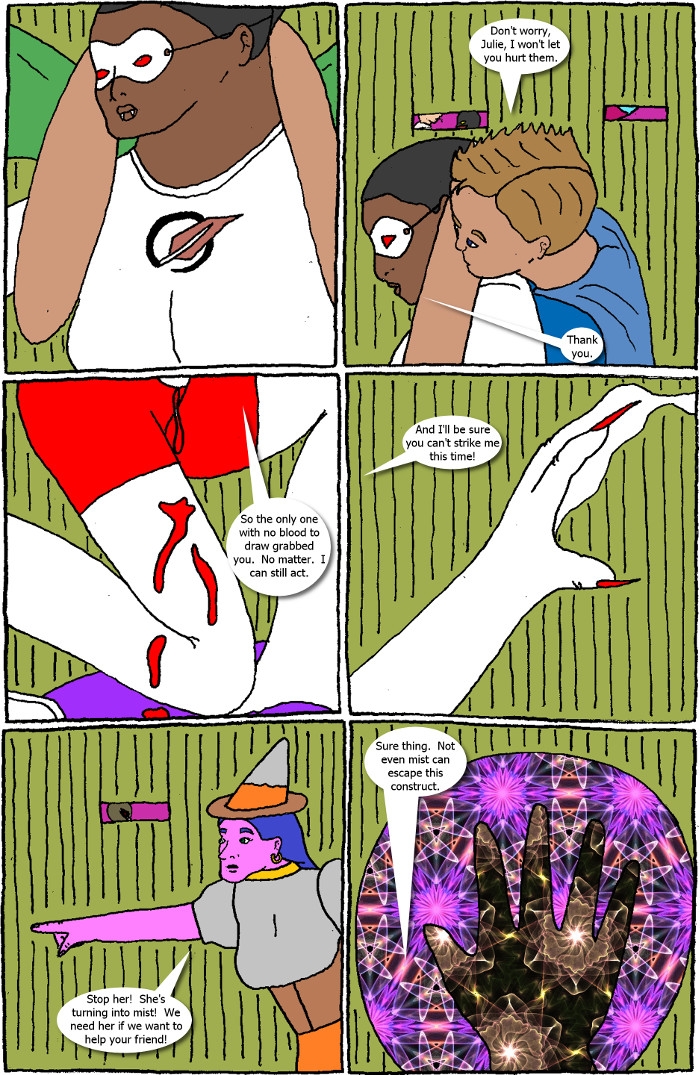 Remember: Dracula didn't just transform into a bat.  He transformed into a wolf and a mist, as well.  Varla has the same situation.  But Fractal does have the ability to contain her no matter the form she takes.  Granted, this means Varla isn't hampered at all in the daytime (Dracula's powers only worked at night, after all), but the story goes where it takes me.

It's also nice to bring back in Evralerbal, and in a way that makes sense.