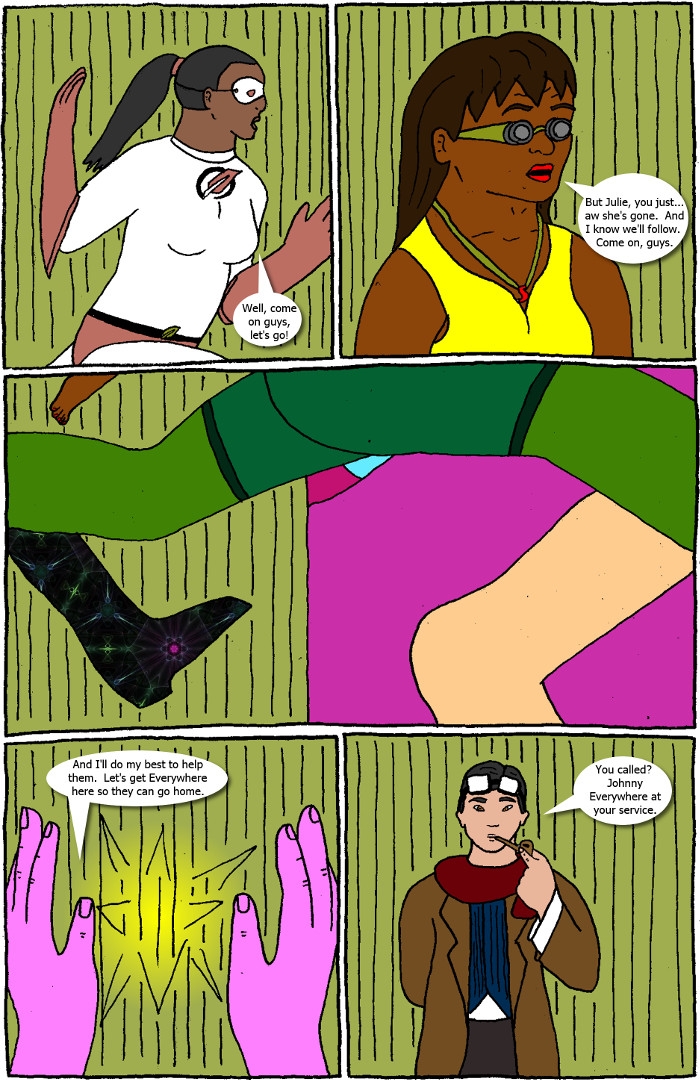 Hey, it's Johnny Everywhere.  Remember: “The character of Johnny Everywhere is available for use by anyone, with only one condition.  This paragraph must be included in any publication involving Johnny Everywhere, that others might use this property as they wish.  All rights reversed.”  Johnny is the female-to-male version of Jenny.  This version is my own, of course, but his first appearance was in “The Death of Jenny Everywhere” and that's the open source version.  In that he looked kind of Caucasian (it's hard to tell, it was done all in black and white), though I made him Asian to better fit with the original idea of Jenny (that she looks Asian or Native American–though a lot of people make her Caucasian, anyways).  Yes, I seem to have a lot of non-white people populate this comic, but I like to show a diversity of characters.