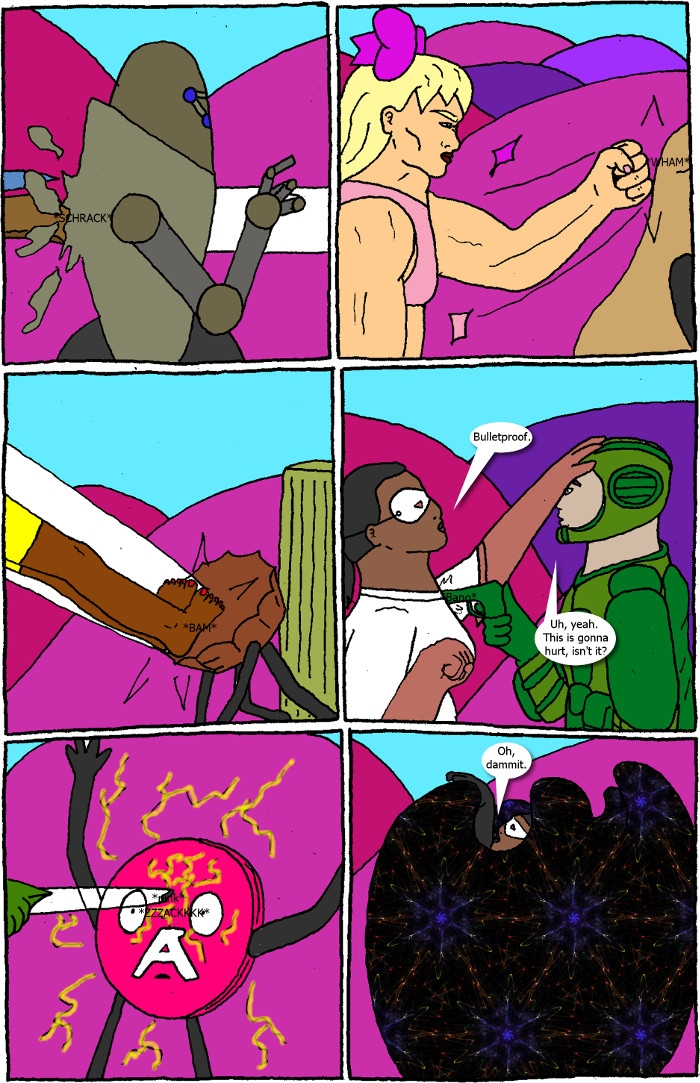 Fighting.  Lots of fighting.  Yes, this jumps around a bit, but I wanted to show every one of them doing something.  So Astral gets to take out a robot, Sparkle takes on the candy bar brute (who kinda looks like crap, I admit), the Swimmer takes out peanut butter cup thug, Eiderdown uses her immunity to bullets to get in close to punch a soldier in the face (don't worry soldier, she doesn't punch very hard), the Runner takes out the ringleader of Shai'tan's candy troops, and Fractal traps Patchwork (again–it's easier than trying to knock her out).  This page technically follows yesterday's from Fiendish Fellowship, but that page isn't needed.  But it should be said that right before this, Fractal protected Marksman from Patchwork.