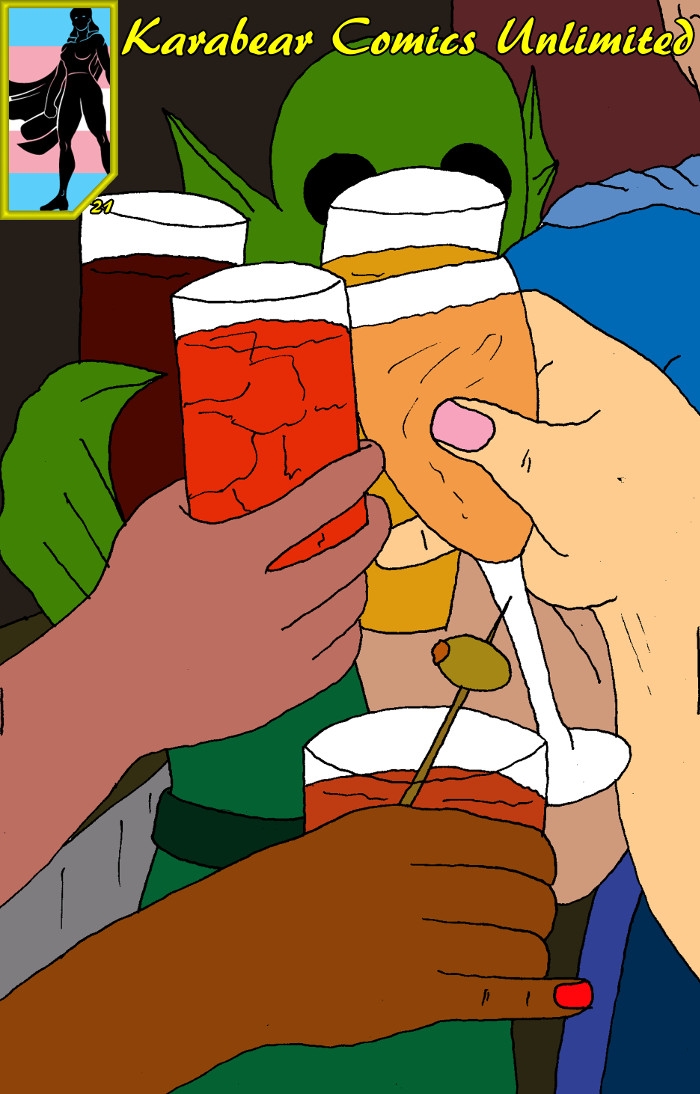 Over a year, but I'm finally back! So much going on, most of it artist block, though. This issue will cover the 2015 Halloween Cameo Caper in part, but will also go to do its own thing. It's quite an endeavor to try to do.

I think going back to basically the old logo like this is the way I'll go, because the new one took up so much space (though I like how much more dynamic it is).