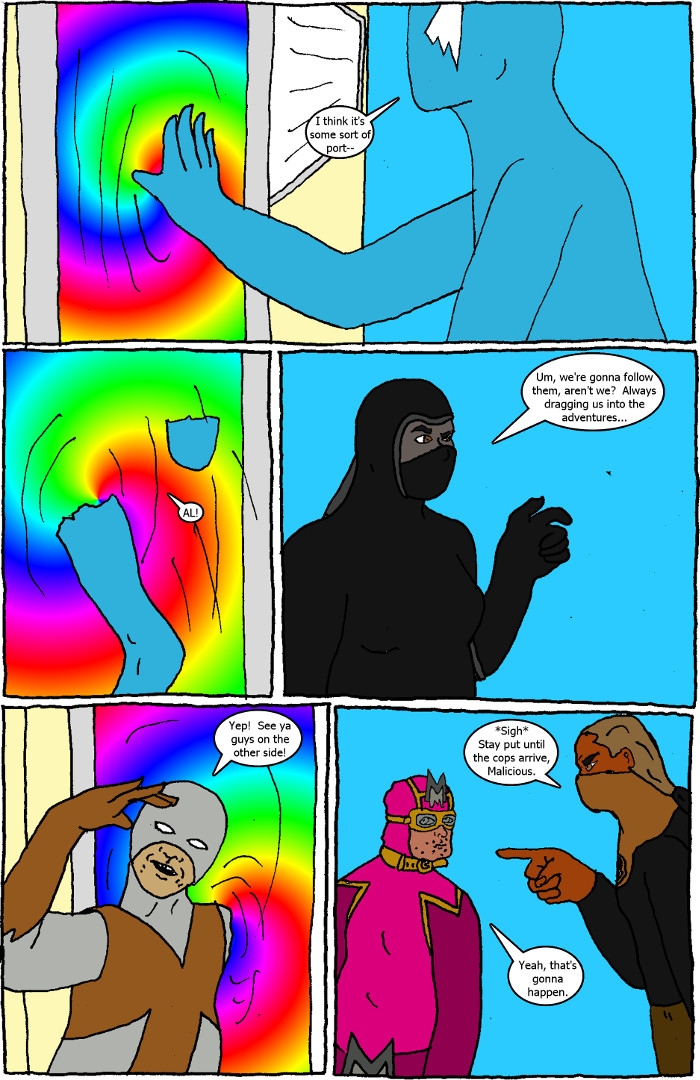 The gang would have just entered the darn portal and seen Fox's house already if I hadn't put Mister Malicious in, but I wanted to put him in because I like him as a character. His line in the last panel was pretty much lifted from a line the Joker says in Mortal Kombat vs. DC Universe. Malicious is like my incompetent Joker–he wants to sow mayhem and destruction, but he's not all that good at it, and in a way he has a comedy theme (unintentional on his part–people consider him a joke, rather than him telling said jokes). Though he likes to think of himself as intimidating as the Joker, of course–he doesn't realize his own ridiculousness.

Good guys have a right to display boneheaded moves from time to time. Overall, the team at this point is supposed to be still rather inexperienced. They've had their powers for only maybe a few months. And Pinball only has memories from about that far back, so they will do things that aren't the smartest, as they're still discovering basically everything.