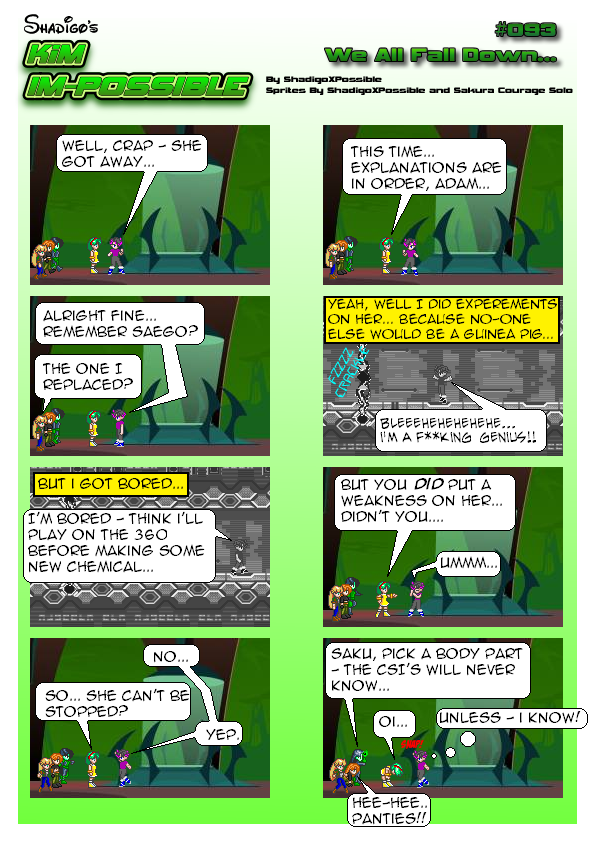 GUESS WHO'S BACK… BACK AGAIN…
IT'S A COMIC REDESIGN!! :O Some of the effects used for the new template were done in Comic Life, the rest in Fireworks.

This is the clean one, because I use the F-word… The unclean one is at DevArt.

Nothing much to say except that this is an explanation of who the Aegis Moss actually is… Think About it: Aegis Moss == Miss Saego. NOW does everyone get it now?

The Body Parts/CSI Gag is something I already used… Way back to the second Ki-P Short. Oh, and Kim's Perving at Girls again… :3