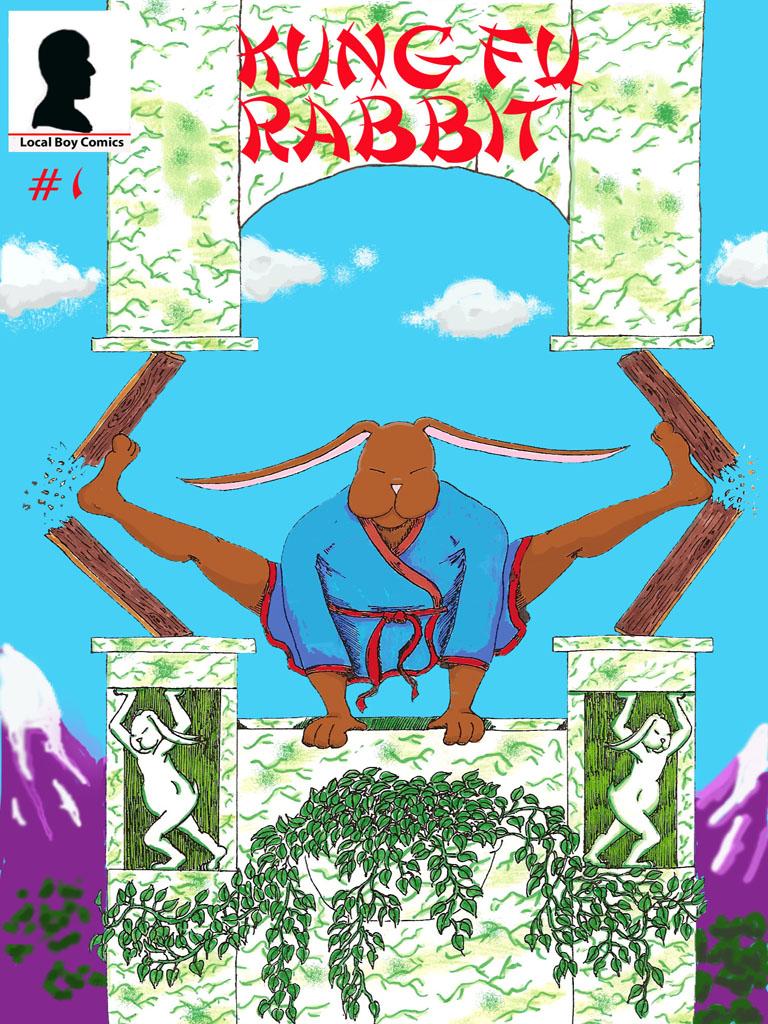 About 15 years ago, my brother (who is full of good ideas) came up with a character named Kung Fu Rabbit. Between the two of us we cranked out a series of one page splash panels depicting this rabbit fighting various enemies. Soon we had the bare bones of a back story to go with the character, and the ‘source material’ (that's what we call it now) grew to over 20 pages. We stuck it all inside an old geometry notebook in order to appear studious.
Life began to happen and our old friend KFR got stuck in a drawer someplace for over a decade. This cover is based off of on the splash panels where young Pe-Yung is undergoing his training back at the rabbit temple Now, fifteen years later, I still think the carved marble rabbit buddha guys are so cool! Definitely one of my brother's better ideas.