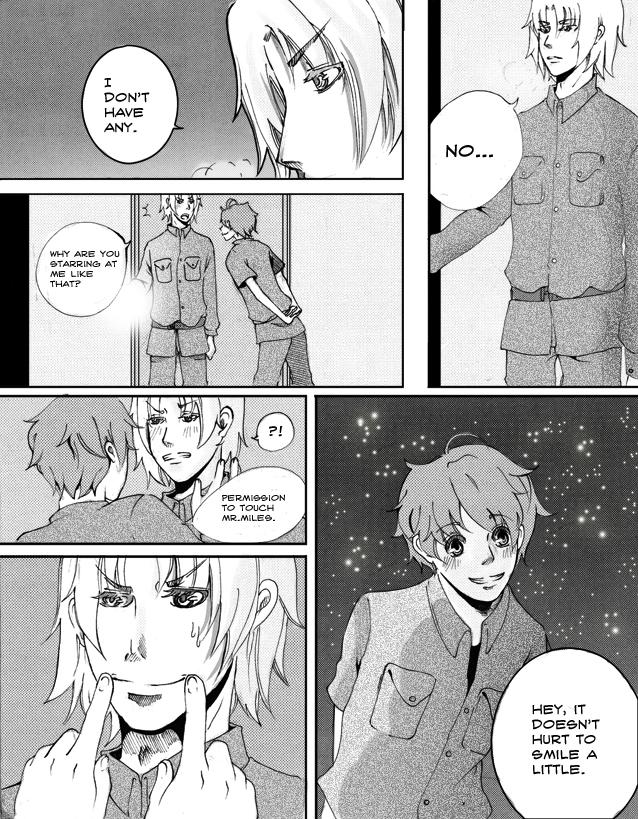 (Using our studio's public account ahaha) Wow thanks everyone who remembered this comic D: It was three years ago since my last update. Its sad to say but this project is on hold until further notice . . . I'm planning to make this into an animation eventually. For anyone that's interested please visited the link below to watch the animation. http://www.pigtailstudio.com/news/animation/last-war-promo-video And for those who liked this comic thanks again :D

Hi just letting you know I was here. Remember me from 2007 well I still remember the name of comic so damn update

Just to let you know this is a really interesting story! A real gem. I've only gone through a couple chapters. I'll fave for now and come back. Good work!

iiii lovvvveeee youuuuu, and your work too...

gahh sorry about this on and off thing = =;; i am currently working on a contest project and after that i have a few project lined up for me + school = =;; so I am afraid my plan of going back to this comic is ruined orz... I'll work on it when i have more time and more concentration. Again I am sorry ;__;

nice to see you update again. ^_^ Keep it going

That last panel isn't awkward. Still, ya gotta love Karan's attempts to make a move on Mr. Smiley face. At least that's how it seems.

Damn it. Not funny. Another hiatus after few pages. I really don t like when hope goes up to go down even quicker

Ihomaru - haha but its kinda scary when he smiles = =;; zenla - aww lol thanks for the support ;__: XD its good to be back XD

holy shit. I was so suprised by the update that I actuallly registered to tell I am glad you are back. And your strange way of making this comic a la manga.

lol, that is so funny...I probably would have done the same thing if I was in that same spot lol