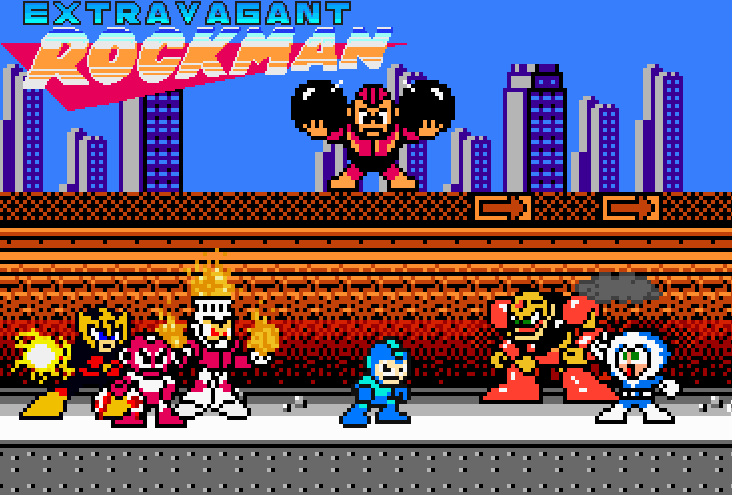 Filler: Return of the Extravagant

Been a while since I got out an update. Sorry ‘bout that, but I have found barely any time to make comics. Any way, I am planning to bring back the Extravagant Rockman, my old 8-Bit comic about my version of the Megaman Universe. It was serious, and was left off somewhere in the plotline where Cutman was discovered with a dead body by Rock. I was able to remake most of the sprites for the comic, most of the sprites were just recolored sprites from the gameboy game of Power Battle games. I wanted to use the sprites from those games, rather than the MM1 sprites. As you can see, Gutsman, Elecman, and Iceman looked a lot better compared to the MM1 version, but the sprites from the gameboy games didn’t have the colors I wanted, so I recolored them to my pleasure.

So anyway, expect the Extravagant Rockman to return soon. I have lots of time now, and I will revive it.

It all looks bad ass.