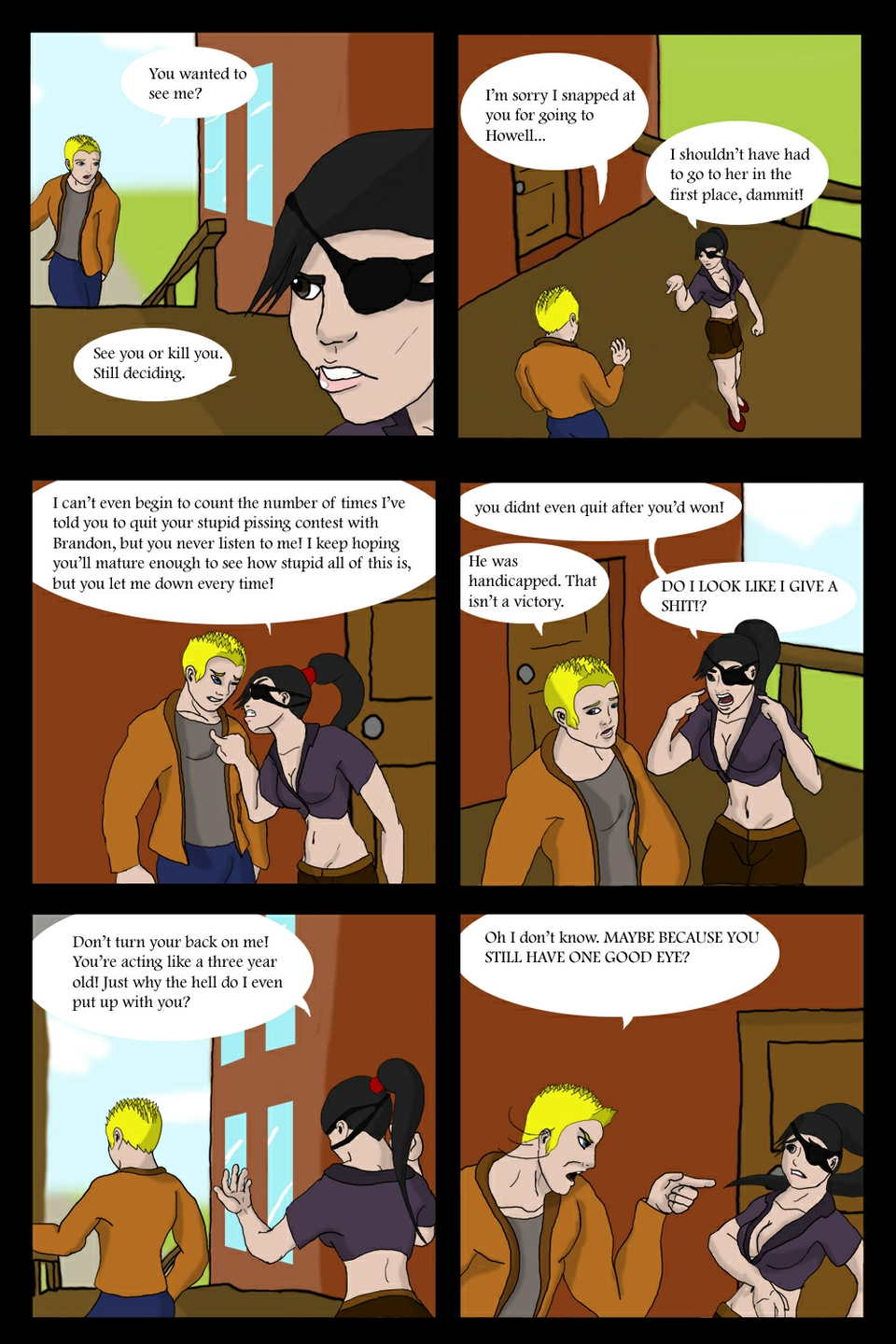 DRAMATIC TURNS!
.
I think Roger needs a refresher from the Aguing with Girls Handbook. The rules for arguing with girls are as follows:
1. The lady always wins
2. If for any reason the lady appears to be on the verge of losing, refer to rule one.
3. While the lady is in the process of winning DON'T SAY ANYTHING YOU MORON!
But alas, Roger has comitted the cardinal sin. Weep, Roger, for thou art doomed.
.
I'm aware that what Roger is saying in that last panel could be seen as a threat, but I assure you it's not. That should become more clear on the next page. Roger may be kind of violent around guys his own size, but he isn't the kind of guy who would threaten his girlfriend.
.
First real line art I've done for this comic in months. Hope you guys like it!
.
@Liz: Thanks! Nice to know I'm making progress.

No no, Roger. The girl is right and you know it. Not just because of the rules the Artist quotes, but because she is actually Right. Listen to her. My theory for the eye thing: Roger saved her from somebody, but not before she had gotten a bad beating. If he hadn't, she might have been blind or dead.

UPDATE, YOU. -cracks a whip- I WANT A 3-PAGE PITA/LIFE EVOLVES CROSSOVER COMIC FOR CHRISTMAS