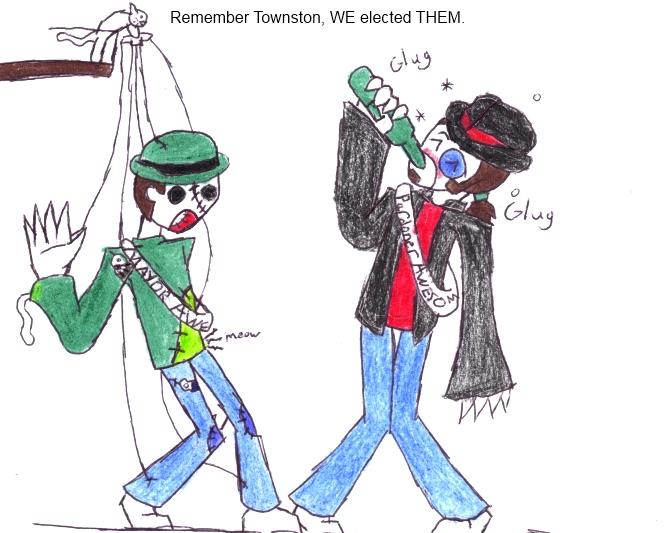 so, still working on that story ark guys (I am finishing the script soon i swear!). In the meantime, a mafia update! So as a town, we elected TheFlyingGreenMonkey as mayor and Jninjashadow as pardoner. Our mayor is a man who admits to just being cats in a suit as well as the destroyer of the whole town, TWICE and our pardoner is the town drunk who got the job because he held a puppy hostage. And yet, they were still the best candidates.