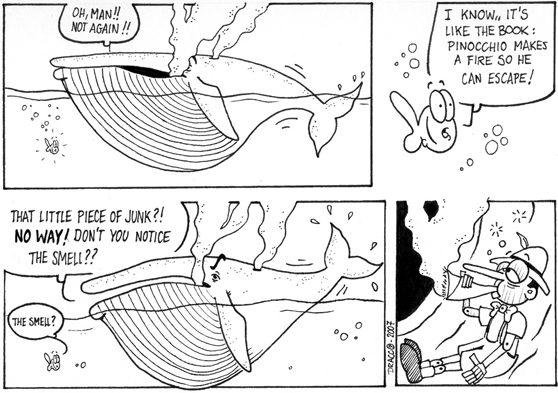 Tssss….The youth of nowadays!!! Who would have thought it?!?

Pinnocio! You don't have to give in to peer pressure to be like the other kids....

I thought Pinocchio didn't inhale... he won't escape this time!

man, wooden kids these days. When will they learn?

Jimeney Cricket would be pissed!

hehehe were rubbing off on ya

hah, you put a smile towards my face.

Well, at least he'll be honest if anyone confronts him about it

lmao!!! hope he doesnt catch himself on fire...

My kind of Lad!

hope he doesn't get the muchies and chow down on some fish sticks!

man, pinochio is a dick

First he lies and now this!