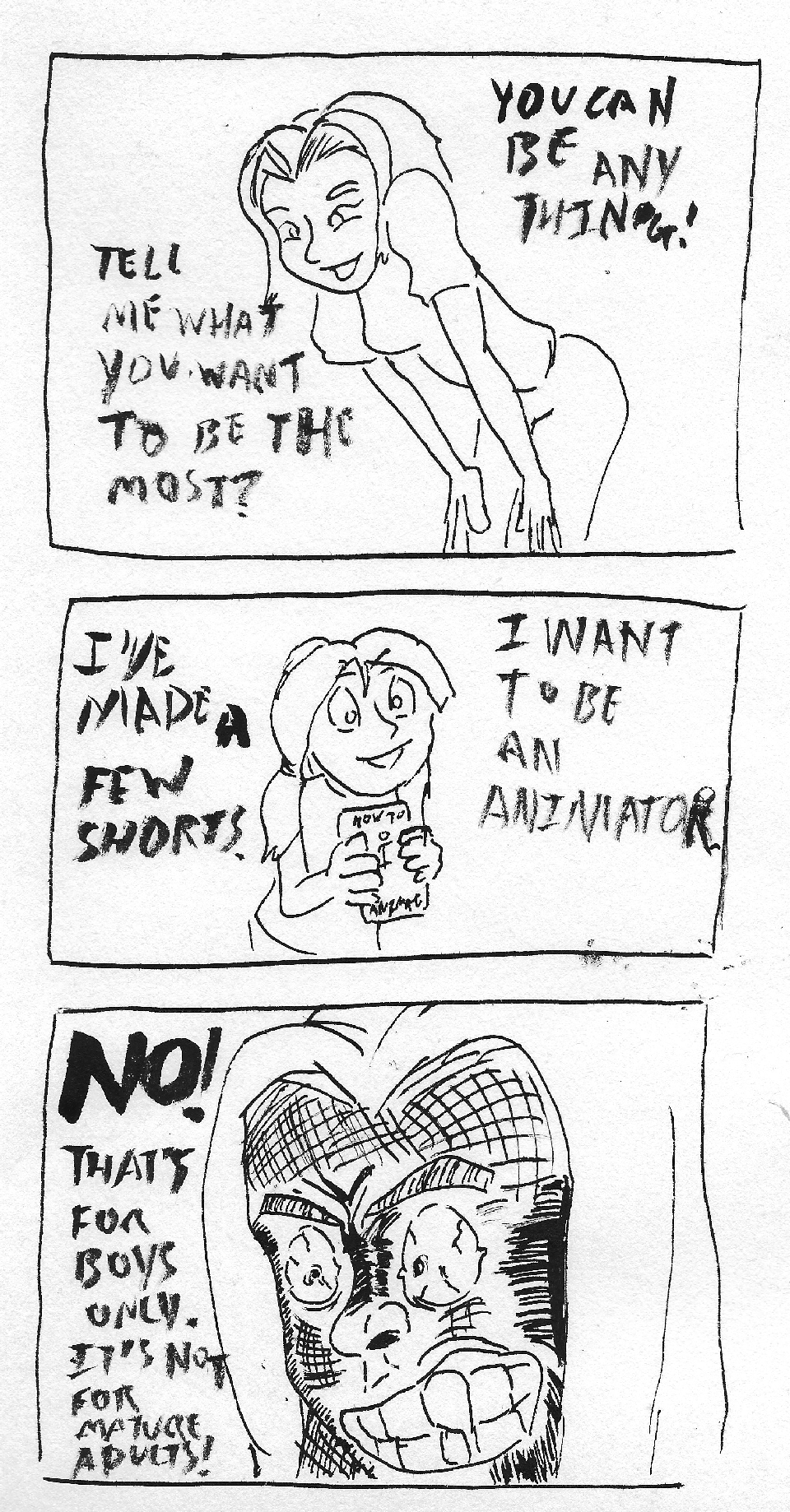 Pissing on the third rail

It's something I want to bring up, but I know it's a very touchy subject.

When I hear about people talk about not having “X” more in a field like animation, gaming, comics, so on, I often think about, and I guess I'm pissing on the third rail here, that many people within that group is often holding them back because it's not seen as “adult”, “mature enough” and not “man/lady enough”.

A kind of example is when I bring up seeing some girls who love Tabletalk rpgs and are heavily involved in the community, her response was “girls aren't interested in that, they are looking for boys.”

I want to tell her that they were, in fact, more interested in finding a particular group that won't treat them as novelties or with kid gloves but I know it is a lost cause because of the generation gap. At times she talks like women should go back to the kitchen after a certain time, because “that's the way it was in her time.”

I really want to talk about when I see a lot of kids wanting to be comic book artists, or animators, or game makers I see their parents right out shut that down with things like, “that's not grown up,” “that's not what a man/lady does!” and other dismissive attitudes.

I don't know how to broach this subject ever further but I just felt like saying something a long the lines of if people honestly want social change, than it has to happen from with in communities as with out.

And some time we have to except that we will upset our elders/groups/etc., they may even shun us or excommunicate us, but it is to open up opportunities for future generations.

Again, I just wanted to put this out there but I just don't know how to sort these kinds of things out.

Just to Note the first woman in animation was Charlotte Reiniger, a German woman who was inspired by Chinese shadow puppets worked on many films. The first credited American animator was Lilian Friedman, who worked on Popeye and Betty Boop, but sadly when the strike happened she was unable to quit the job and join the union as the era was a desperate times, and when the strike ended she was practically bullied out of the business.

For African Americans there is Floyd Norman, a man who was hired by Walt Disney and went on to work at Ruby-spears, Film Roman, Hanna Barbara. He worked on Sleeping Beauty and One hundred and one Dalmatians, The Jungle Book and Sword in the stone. There is Bruce W. Smith and Pilar Newton.

I honestly bring these people up to show anyone who feels alone, lost and I hope it helped someone.