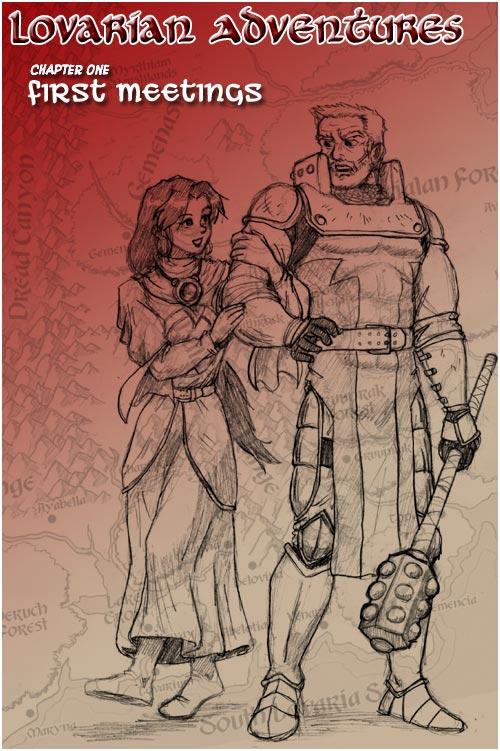 This is a graphic fantasy story of a group of adventurers joined together by fate in a quest to save the Realms of Lovaria from impending doom.

I originally started this comic back in April 2001 at Keenspace (what Comic Genesis was called back then) before moving it to my own server. It then moved to Graphic Smash where it stayed for a short while. I resigned from the group because I felt I was too tired of this comic to continue.

And before now, its six-chapter archives were just sitting idly on my server gathering dust. I now decided to bring the archives over to Drunk Duck hoping to give the series another go.

I've told my ever loyal readers that the comic is effectively dead just the other day. But after reviewing the script I wrote for Chapter 7 recently, I'm thinking that maybe I'll at least still draw the remaining pages of Chapter 7. Then I'll see what happens after that.

Lastly, forgive me for the art quality of the earlier pages as I wasn't that good an artist when I started. The comic style at least will improve with the passing chapters. But the finish on the pages will decrease in the latter chapters as I grew tired of inking the pages.

Frickin Sweet, i'll definately have to check this one out.

Thanks ingrid_nini for that kind comment. I only wish I have more time to devote to art. As it is, I'm so lazy that my current work suffers. Anyway, thanks again.

woow this looks great!!! ur a total expert!!!