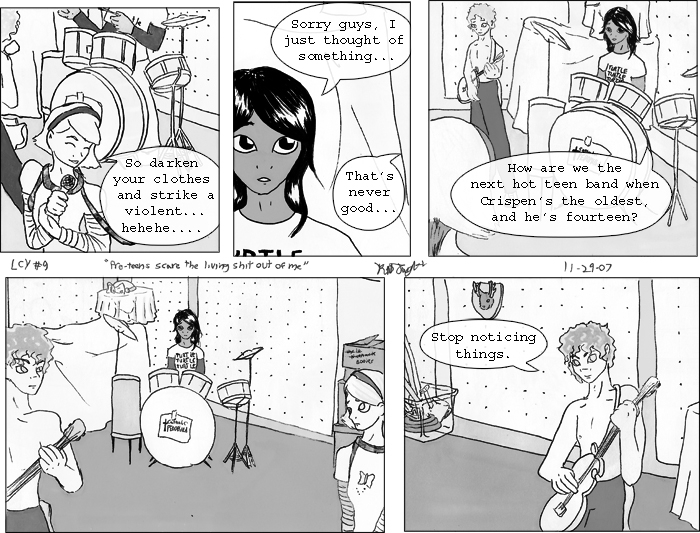 Preteens Scare the Living Shit Out of Me

And here we have Catholic Pedophilia again. Looks like they decided on a band name. Aren't they adorable.
There was a slight hitch in getting this comic done as I realised I haven't designed the set for this strip yet. I like really detailed backgrounds. I made them my trademark in comics based off of me. And then I came up with original characters and had to make original sets to go with them. Darn it.
Also, Crispen's name comes up. I feel I should explain this. I'm not really sure how it actually works out in the comic, with him being fourteen; but Crispen is named after Crispen Freeman. *looks up when Crispen Freeman started acting*
Since he got out of college in ‘94, and Crispen is fourteen, it was entirely possible there was fangirling involved. Yay!

I really think I’m a better artist than a writer. I can write a scene fine, but my strip-type comics are lame and somewhat verbose.